The infamous Bellandur Lake of Bengaluru has again caught fire on the morning of January 19.
According to reports, since 2015 this was the fourth time that the highly-polluted lake was on fire.
While taking suo motu cognisance the lake’s state the National Green Tribunal (NGT), in 2017 rebuked the city’s civic agencies for failing to clean up the lake.
In May 2015 and August 2016, the froth caught fire due to the formation of methane gas. The polluted lake also got the attention of national and international media after it had caught fire on February 16, 2017.
“It is the only lake development authority in the world which is causing fire in the lakes,” said the National Green Tribunal in April 2017. 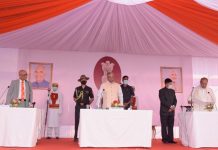