At least three construction labourers have died and 11 others were injured when a five-storey under-construction building collapsed in Bengaluru’s Kasavanahalli on February 15. The incident occurred at 3:30 pm and several others are feared to be trapped under the debris, police said.

Fire brigade, ambulance, police personnel and state-relief disaster team reached the incident site. Persons who were injured are undergoing treatment at nearby hospital and rescue operations are underway at the site.

Bengaluru Mayor R Sampath Raj said the building collapsed due to weak foundation and action will be taken against the owner and the contractor.

Deputy Commissioner of police of Whitefield division, Abdul Ahad, said the building belonged to one Rafique from HSR Layout.

“We are gathering more information. It was developed to accommodate paying guests but later the owner tried to convert it into a commercial building,” he said.

The construction had started six years ago but was stopped midway. Six months ago, construction work restarted, the deputy commissioner told to media. 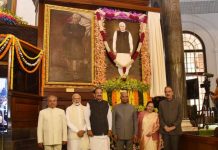