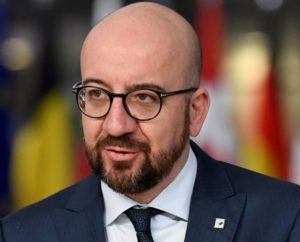 Belgian Prime Minister Charles Michel who took office in 2014, has resigned amid pressure on his government after the biggest party in his coalition quit over his support for the U.N. global compact on migration.

Michel told Belgian lawmakers on Tuesday that “I am taking the decision to offer my resignation. I am now going to see the king” to inform him.

Belgium was due to go to the polls next May; his decision now raises the possibility of early elections.