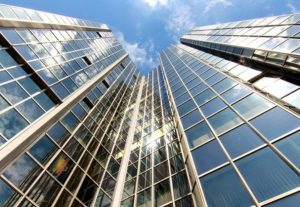 The Bureau of Energy Efficiency (BEE) and the Central Public Works Department (CPWD) have signed a memorandum of understanding (MoU), kick-starting cooperation in building energy efficiency.

According to the MoU, BEE and CPWD will cooperate on promoting designs and construction of Energy Conservation Building Code (ECBC) compliant new buildings; star rating of CPWD managed buildings across the country with no registration or renewal fee, awareness of energy efficiency in the building sector and support for capacity building of CPWD officials in ECBC.

The MoU will remain in force for five years unless rescinded by either party. This association of BEE, a statutory body under Ministry of Power which is mandated to implement policy and programmes in energy efficiency and conservation with CPWD, a premier construction agency of Govt. of India would establish new benchmarks for energy efficient buildings in the country and will support Government of India’s vision for achieving energy security, economic growth and environmental sustainability.

Recently, ECO Niwas Samhita 2018 an Energy Conservation Building Code for residential buildings, to push for energy efficiency in the residential sector was launched on December 14, 2018. The code aims for promoting design and construction of homes including apartments and townships to give benefits of energy efficiency to the occupants. During 2017, the Union Government had launched the updated version of ECBC-2017 for commercial buildings.

The MoU comes on the heels of the rapid economic growth in the construction sector would require a large number of new commercial as well as residential buildings and apartments to be constructed in various parts of the country. Commercial building sector in India is expanding rapidly at over 9% per year spurred largely by the strong growth in the services sector. It has been estimated that more than 50% of building stock that will exist in the year 2030 is yet to come up in the country; a situation that is fundamentally different from developed countries. Having regard to the fact that the rate of growth in the commercial building sector is amongst the highest, and that, this sector needs to be moderated in its energy consumption BEE introduced the Star Rating for existing buildings as a voluntary policy measure to reduce the adverse impact of buildings on the environment.

The Star Rating Programme for buildings is based on the actual performance of a building in terms of its specific energy usage in kwh/sqm/year. This programme rates office buildings on a 1-5 Star scale, with 5 Star labeled buildings being the most efficient. The scheme is in vogue on a voluntary basis and label provided under it is applicable for a period of 5 years from the date of issue. The Star rating Programme provides public recognition to energy-efficient buildings and creates a “demand side” pull for such buildings. Various categories of buildings such as Day Use Office Buildings, BPOs, Shopping Malls and Hospitals in the five climatic zones have been identified under the scheme. More than 210 buildings have been labeled so far in the various climatic zones covering pan India.

Further, to increase awareness amongst the government buildings, BEE is envisaging to enter into a MoU as CPWD manages Government buildings in seven Regions, namely; New Delhi Region, Delhi Region, PWD Region, North Region, South Region, East Region, and West Region. Besides being the construction agency of the Government, it performs a regulatory function in setting the pace and programs for the building industry in the country. As per this MoU, BEE, and CPWD together would support the promotion of Energy Efficiency in Buildings by labeling all such buildings and; registration fee and renewal fee will be waived for CPWD buildings.

The areas of cooperation identified by CPWD and BEE include: Star rating of Commercial CPWD managed buildings with no registration or renewal fee, awareness on of Energy Efficiency in commercial buildings, support for ECBC (Commercial & Residential and capacity building of CPWD officials, construction of ECBC compliant new buildings and any other area with mutual consent in the area of building energy efficiency.

The BEE would be responsible for processing of application for star rating of buildings, preliminary scrutiny of applications, data verification of CPWD maintained buildings, installation of smart meters, award of certificate & Label, support for Energy Efficiency in Buildings, support for construction of ECBC compliant buildings, efficient coordination with CPWD and capacity building of CPWD officials. Similarly, the CPWD would be responsible for completely filled application for a star rating, support, and facilitation to data verification and monitoring, construction of ECBC Compliant buildings, support for Energy Efficiency in Buildings and efficient coordination with BEE.

In the first stage approx. 150 buildings will be taken under the star rating scheme and to promote energy efficiency in CPWD managed buildings. It is anticipated that this initiative will result in an energy saving of more than 50 million units in the first stage.