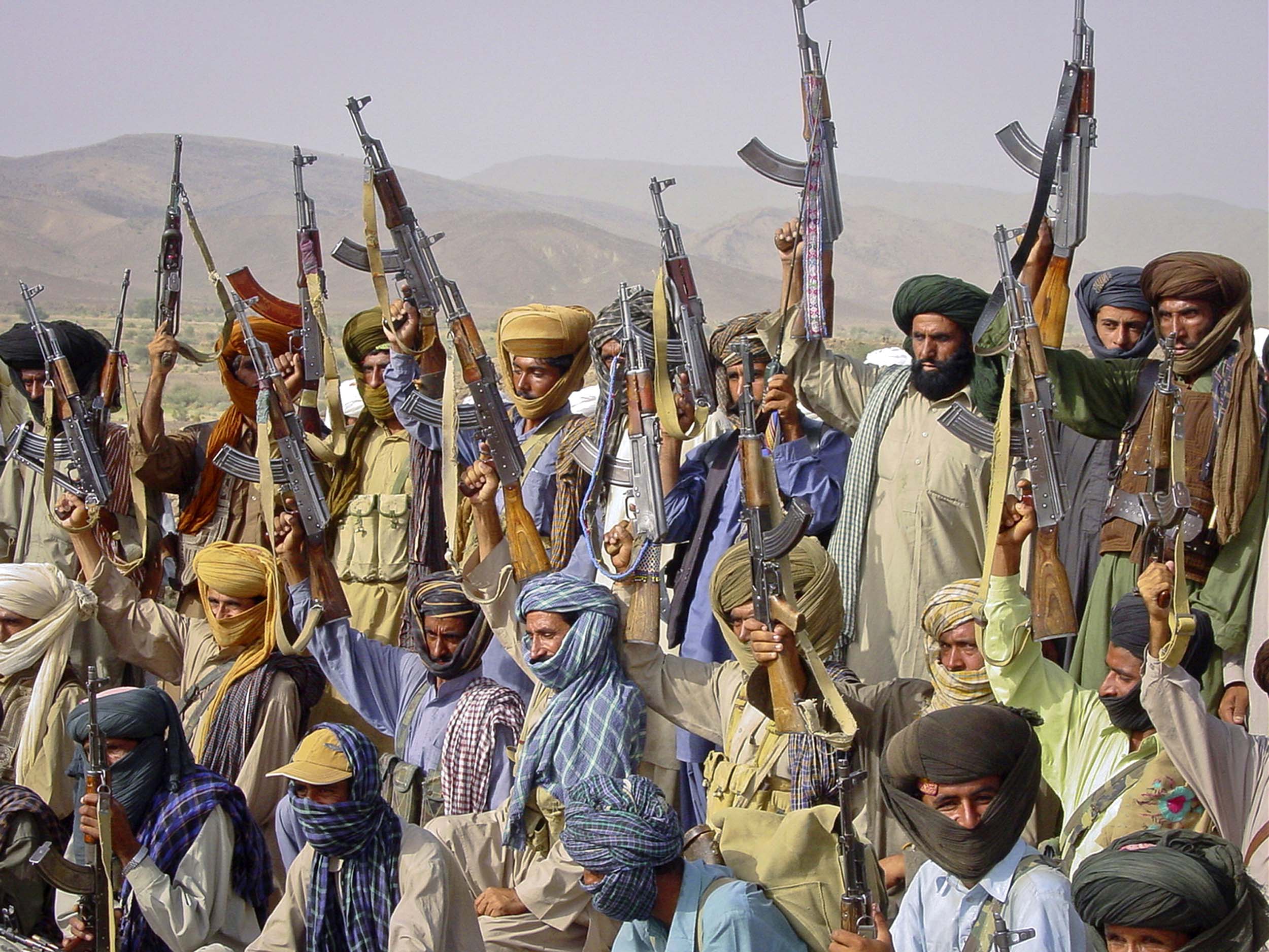 The people of Balochistan oppose the China-Pakistan Economic Corridor (CPEC) alleging that China wants to build and raise its empire in Gwadar. They say that the Pakistani army is bringing demographic changes by shifting thousands of residents of Balochistan by force along the CPEC route to other places.

It, perhaps, was the most appropriate time for the Baloch rebels, when the chief of the army staff, Qamar Javed Bajwa, was in Pentagon, and Imran Khan with his cabinet ministers in Beijing pleading for more funds to be used for the repression of Balochistan, to give a strong message to the Pakistani establishment.

The initial reports indicate that a number of helicopters, believed to be four, were downed and more than 100 army men were killed. Pakistan so far has confessed to only 12 casualties or so. Amjad Ayub Mirza, a London-based supporter of an independent Balochistan, has confirmed the downing of at least one helicopter and appealed to the democracy-loving people to thwart the ongoing exploitation of Balochistan by a mafia-type China-Pakistan nexus.

He has also dismissed the Pakistani allegation that India is behind the attacks which had taken place in Panjgur and Nushki in Balochistan province.

India, however, is blamed, maybe rightly, for abandoning the nationalists of the region. It is on record that the then Indian Prime Minister, Jawaharlal Nehru had turned down an offer by the “King” or Khan of Kalat, Mir Ahmadyar Khan to accede to India. It is intriguing if Nehru could accept two wings of Pakistan, why did he not accept, Balochistan and the present-day Khyber Pakhtunkhwa , the land of the Frontier Gandhi, Khan Abdul Gaffar Khan, who never accepted Pakistan.  As per his wishes, he was cremated in Jalalabad, Afghanistan, instead of being buried in a land under the occupation of the British proxy, Pakistan.

Meanwhile, the rebel leaders are keenly watching the political developments in Pakistan and hope that the removal of Imran Khan might get them relief. They remember that Maryam Nawaz during her visit to Balochistan had raised the human rights issue, especially regarding the graves of mass burials, the young men killed by the army, but it is not clear whether their exploitation would really end with the change of regime in Islamabad. The recently held lunch of the leaders of Pakistan’s main opposition parties, Pakistan Muslim League-Noon (PML-N), Pakistan People’s Party (PPP), and how democracy returns to Pakistan is being keenly observed by the pro-democracy people within the country as well as abroad. The high-profile luncheon, which included former President Asif Ali Zardari and his son, PPP Chairman Bilawal Bhutto-Zardari, with PML-N president Shehbaz Sharif and vice president Maryam Nawaz appears to have reinvigorated the Pakistan Democratic Movement

Similarly, Dr Allah Nazar Baloch, who is the founder and chief of Balochistan Liberation Front, has stated that the people of Balochistan oppose the China-Pakistan Economic Corridor (CPEC), because “China wants to build and raise its empire in Gwadar”. According to him, “Balochistan is being targeted for more than 100 minerals. Pakistan has exploited and now is plundering gold, copper, uranium, copper, silver and other resources with the help of China”. He further stated that the Pakistani army is bringing demographic changes by shifting thousands of residents of Balochistan by force along the CPEC route to other places. It is estimated that more than five lakh Chinese are being settled in Gwadar and three thousand acres of land is legislated and allocated to them. Thus, Balochistan has become a double colony as China has officially joined Pakistan to continue the occupation of the region.

The recent operations of the Baloch Liberation Army (BLA), a joint front of various groups of freedom fighters, have revealed the prowess and strategies rarely found in guerrilla outfits. Their attacks, which had begun in the last week of January and continued till February 6, have stunned the defence experts across the continents. The strategy and operations have given strong message worldwide that they have obtained the necessary skills to engage a professional army.

The BLA operations resemble the functioning of well-trained armed forces. They could use the state-of-the art weapons and are well-versed in modern warfare. It is yet to be ascertained where they received such an intensive training, mostly given in defence institutes.

The, suspicion, however, is that the rebels have ‘brotherly’ support of the Afghan Talibans. They might have also outwitted the Pakistani spy agency, Inter-Services Intelligence (ISI), in winning a large section of the Afghan Talibans. The pro-Pakistani, Haqqani network, which controls Kabul and major cities, is considered a powerful group in the new Afghan government, but it appears irrelevant due to these aggressive operations. The people of  Balochistan, however, remain apprehensive of a bigger joint operation of the Pakistani army under the direct supervision of the Peoples Liberation Army of China (PLA), especially after the recent visit of the Pakistani Prime Minister, Imran Khan. They hope that under a democratic government, the problems of the region could be genuinely addressed, but much depends how the political developments take place in coming weeks.

The tensions in the region have further been stoked by the Chinese investments under Beijing’s Belt and Road Initiative, which according to the reports have never reached to the locals. The recent attacks took place a day before Khan left for the opening ceremony of the Winter Olympic Games in Beijing.

It appears that the China is also apprehensive of further investing in the region. It was indicated that most of the important functionaries did not meet Khan personally. He could have only virtual meeting with the Chinese Premier Li Keqiang. Khan offered him a bouquet of concessions, including a new Special Economic Zones (SEZ), which will be exclusively earmarked for the Chinese investors.

The people of Balochistan point out that India should also support them, because they belong to a larger cultural India. Also, the CPEC is being constructed violating the sovereign rights of India in the Pakistani-occupied Kashmir. The people of Kalat, Khuzdar and Mastung, mostly speak the Brahui language, which is a sister language of India’s major languages such as Kannada, Malyalam and Tamil.

Josef Elfenbein, a linguist and historian only partially subscribes to the most common theory that the Brahui was part of a Dravidian migration into north-western India in the 3rd millennium BC, but unlike other Dravidians who migrated to the south, they remained in Sarawan and Jahlawan since before 2000 BC. According to another school of scholars, the Brahui-speaking people might have migrated to Balochistan from Central India after 1000 AD. In the Soviet Union during the 1930s, textbooks in the Balochi language based on the Latin script and newspapers in Balochi were published in Ashghabad and Mary, respectively. In the 1940s, the first literary Balochi works were published in Arabic before the India was partitioned. The 17th century rebellion against the Muhgal rulers in Delhi was led by the Brahui and Balochi tribes, who had set up the Kalat Khanate. It was only in 1839, when the Khanate rulers had allowed the British consulate and had signed an agreement under which Kalat had to guarantee the British troops safe passage to the borders of Afghanistan. Britain, in turn, pledged to guarantee the sovereignty of the Khanate and safety of the borders of the Balochi-populated territories, the present-day Balochistan. 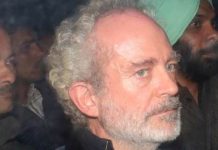