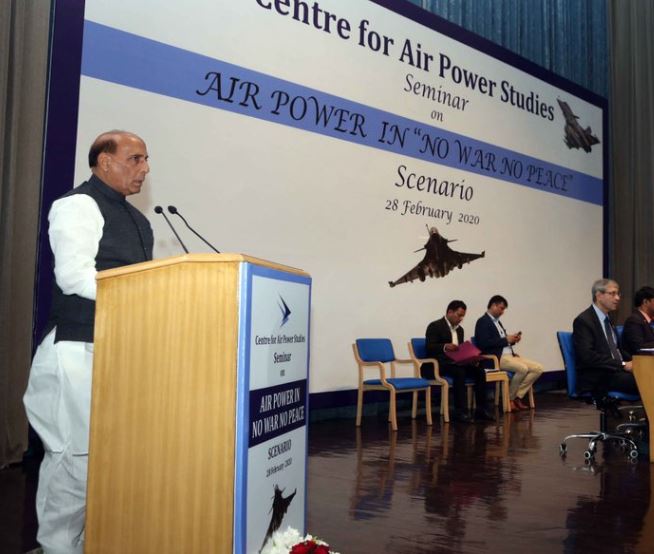 Defence Minister Rajnath Singh on Friday said the surgical strike of 2016 and Balakot airstrikes of 2019 were not just military strikes but a strong message to the adversary that terror infrastructure across the border cannot be used as safe haven to wage low-cost war against India.

Recalling sacrifices of Armed Forces in the service of the country and paying tributes to the martyrs of Pulwama attack, he said the Nation will never forget their sacrifices.

Addressing a seminar on ‘Air Power in No War, No Peace Scenario’, Rajnath Singh described Balakot airstrikes as a singular event of military precision and impact, saying that it teaches the leadership to think strategic rather than tactical.

The Defence Minister assured the nation that the Government will respond appropriately to any threat to India’s national security in the future as well. He said, the Government has initiated major structural changes to tackle any future threats and it will take some time for the entire set up to be fully operational.

Singh highlighted that the world stands shoulder to shoulder with India in fighting the terrorism. Stressing the importance of collective diplomatic and financial pressure to thwart cross-border terrorism, he said, “We have recently seen the impact of collective diplomatic and financial pressure on Pakistan. Terrorists like Hafiz Saeed who were treated like VIPs and heroes, have been put behind bars. We realise that this is not enough and unless Pakistan is made accountable, it will continue with its previous policy of duplicity and deceit. All attempts are being made to work in this direction.”

Speaking on the occasion, Chief of Defence Staff General Bipin Rawat said, geopolitics around the globe is changing and India is witness to a number of skirmishes in the region. He called for maintaining credible deterrence in land, air and at sea at all times, saying that the three Services must work together concurrently to deal with any potential threats. “Credible deterrence comes from the will of the military leadership and intent of the political class while taking tough decisions. This was amply shown after Kargil, Uri and Pulwama attacks,” he added. 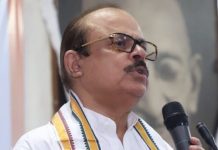