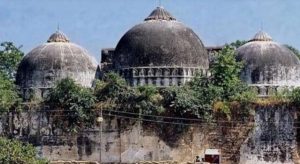 A special court in Lucknow on Wednesday delivered the much-awaited judgement in the 28-year-old Babri mosque demolition case. All 32 accused were acquitted by the court as there was no conclusive proof. In its verdict, the judge said that the demolition was not pre-planned.

All accused including BJP leaders LK Advani, Murli Manohar Joshi and Uma Bharti were acquitted in the case. They were not present in court but joined via video link.

A high alert has been sounded in Uttar Pradesh. While policemen in civil clothes are on guard in Ayodhya. Also, the Rapid Action Force (RAF) personnel have been stationed in 25 sensitive districts.