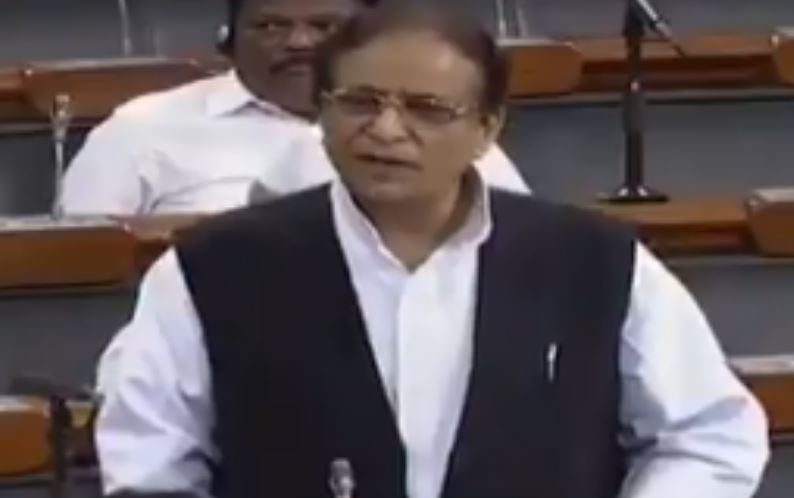 Samajwadi Party (SP) MP Azam Khan who sparked controversy over his objectionable comment against BJP MP Rama Devi during the Lok Sabha proceedings last week, apologised to her in the Lok Sabha on Monday.

Khan told the House that he really meant it when he described Rama Devi as his sister and had no intention to hurt anyone’s feeling.

“I have been an MLA for nine times, a minister numerous times, a Rajya Sabha member too. I was a parliamentary affairs minister too. I know legislative procedures,” he said. However, if I had done any mistake if my words hurt anyone, I hereby apologise, he added.

During the discussion on the Triple Talaq Bill on July 25, Khan made a remark directed at Rama Devi, who was presiding over the House.

On July 26, numerous members from various parties, including the BJP, NCP, Congress, Trinamool Congress, BJD had urged the House to send a strong message against such conduct.

Union Ministers Smriti Irani and Nirmala Sitharaman were among the leaders who demanded an apology from the SP leader.

Smriti Irani said Azam’s comment was a blot on all legislators, including men. We cannot remain silent spectators to it.

Haryana assembly polls may be held along with Lok Sabha polls