The Prime Minister said the central government and the state governments are taking all the required steps to tackle the threat of corona virus. He said India also has very skilled doctors medical star resources as well as complete awareness among the citizens. He said that vigilant citizens have a very important role in preventing the spread of the corona virus.

PM Modi said that the importance of frequent washing of hands cannot be overemphasised. Also, one should cover one’s mouth and nose while sneezing or coughing to prevent infecting others, he added.

“All the confirmed cases of Corona virus infection are being kept under necessary supervision. But if a person suspects that he has come in contact with an infected partner, then he need not panic but go to a nearby hospital for a checkup. The rest of the people in the family are also more prone to infection, in which case they should also undergo necessary tests”, Prime Minister added.

Modi requested to avoid any kind of rumor mongering about the pandemic Corona Virus and advised to seek and follow only the doctor’s advice.

“And yes, the whole world is making a habit of Namaste. If for some reason we have given up this habit, then it is also the right time to reintroduce this habit of joining hands in Namaste’’, he added. 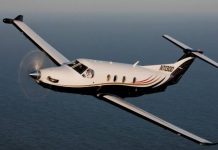 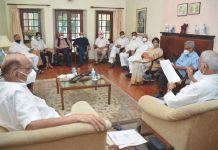