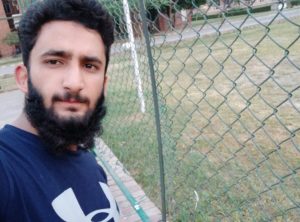 Hundreds of Kashmiri students under the banner of ‘Jammu and Kashmir Students’ Organisation’ held a massive protest demonstration outside a private institution in Punjab earlier this month to protest against assault on a Kashmiri student. This was the latest in a series of incidents of attacks on Kashmiri students or clashes involving them in the recent years. Such incidents have been reported off and on from various educational institutions in Punjab, Haryana and Rajasthan leading to serious concern and adverse reactions, particularly in Kashmir.

Earlier this month Ahtisham Bilal, a 23-year-old from Kashmir and a first year student of medical imaging technology at Greater Noida’s Sharda University, was beaten by a group of students in the University premises. After one such incident in Haryana’s Mahendergarh town, in which two students from Kashmir were allegedly thrashed by a mob, the police arrested three persons even while the state government insisted that the attack was a fall-out of a motorcycle accident. A Special Investigation Team (SIT) was set up to inquire into the incident but its outcome was not made public.

Most such attacks and clashes are a result of mutual suspicion with tension simmering over a period of time. There have also been instances in which some youth from the Valley were attacked after they celebrated Pakistan’s win over India in cricket. It is well known that due to the continued turmoil in Kashmir, a large number of students move out of the state to study in nearby institutions in Punjab and Haryana. Most of the educational institutions within Kashmir had been remaining shut for months together due to disturbed conditions prevailing in the Valley. At times it’s the parents who force their wards to move out while many students themselves decide to pursue their studies in ‘peaceful’ states.

However, these reports had been causing serious concern among parents of the students studying in these states. Recently a group of parents met the Jammu and Kashmir Governor and asked him to intervene. The Governor, in turn, approached the union Home Ministry, seeking appropriate steps to curb the tendency. The ministry then issued a advisory asking all states to show “utmost care and sensitivity” in handling Kashmiri students and to “ensure their protection”. Evidently at the directive of the Governor, the Jammu and Kashmir Police also launched a round-the-clock helpline for Kashmiri students pursuing courses outside the state.

Union Home Minister Rajnath Singh subsequently issued a statement : “I appeal to all states, (that) they should ensure the safety of all Kashmiris everywhere in the country. They are also equal citizens of India.” Close observers of the scenario point out that most students who come out to study in the neighbouring states do so just after completing their schooling and are not mature enough to handle sensitive situations. The increased use of social media too plays its part in spreading half truths and plain lies.

Besides there are instances like the latest one at Jalandhar where three students of a private institution were arrested for alleged terrorist activities. Police had claimed that the three were arrested and two weapons, including an assault rifle and an explosive device, was seized from them. It had claimed that a module of Kashmiri terror outfit Ansar Ghazwat-ul-Hind (AGH) was busted which has links with Jaish-e-Mohammed (JeM).

The three arrested students were identified as Zahid Gulzar, a B.Tech (Civil) student and resident of Rajpora, under Police station Awantipur, Mohd Idriss Shah alias Nadeem, resident of Pulwama and Yusuf Rafiq Bhatt, resident of Noorpura, Pulwama. All were students of a private institution located in Jalandhar. The police claimed that they were planning a blast in a crowded area in Jalandhar during the festival season.

Punjab Police had also recently picked up a student of another private institution, Gazi Ahmad Malik, a resident of Shopian from Banur near Patiala. Gazi was closely related to Adil Bashir Sheikh, a Jammu and Kashmir Police special police officer who had fled with seven rifles from the residence of Peoples Democratic Party (PDP) MLA in Srinagar and was suspected to have joined Hizbul Mujahideen. Police suspect a link between Gazi’s interrogation and the raid at the institute in Jalandhar.

The Punjab police then went into an overdrive and started collecting personal details about all the Kashmiri students studying in various educational institutions across the state. It circulated a form seeking various details, including Aadhaar card and other documents and singled out Kashmiri students for the exercise. This obviously caused anger and resentment among the students from Kashmir who alleged they were being profiled.

Even the Chandigarh Police started gathering information about students from Kashmir on the grounds that they were susceptible to influence from militant organisations. The circular said that due to “their poor economic/social condition and lack of gainful employment for their livelihood, there is strong apprehension that they can be trapped or lured by some anti-national groups like terrorists, separatists, extremists and secessionists etc. They can easily be targeted by these terrorist groups for executing their nefarious designs”. This too led to protests from students’ organisations and political leaders. Students for Democracy, a political platform of students in Punjab University, issued a press release saying that collecting information “on the pretext that Kashmir is a disturbed area is bogus”.  It said the authorities “have failed to understand that political problems cannot be handled by such mean measures which instead of solving the problem, aggravates it”.

Thankfully the authorities withdrew the circulars after public pressure built up against profiling all students from Kashmir. Calling them as “our own children”, Punjab DGP Suresh Arora said that he has asked the SSPs to meet Kashmiri students across the state to allay their fears. He also set up a special cell where students could contact senior police officers in case of any problem. While the assurance given by him may soothe ruffled feathers, must would depend on how the subordinate staff in the districts deals with the students from Kashmir and other parts of the country.

While the arrest of students linked to terrorist organisations is an exception, the attacks and clashes involving Kashmiri students may further alienate them. It is an impressionable age and they had been witness to the violence and the dance of death in the Valley.

It is, therefore, important that regular counselling sessions be held with students from across the country and they should be provided access for redressal of grievances to contain or check any developing situation. Equally important is the need to sensitise the local students. They must be told that the students from other states were guests and it was their duty and responsibility to protect them. They should be made to appreciate that the country’s strength lays in what is called unity in diversity. Authorities concerned in educational institutions must also play a role in involving all students in joint activities and help develop cordial relations. 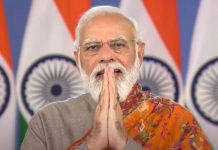