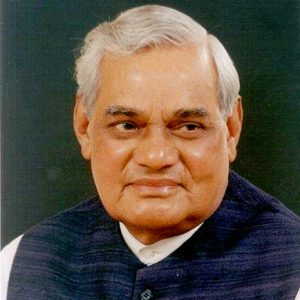 Former Prime Minister and BJP stalwart Atal Bihari Vajpayee is critical and has been put on life support system as his health sharply deteriorated in last 24 hours, the All India Institute of Medical Sciences said in a statement.

“Former Prime Minister Atal Bihar Vajpayee has been admitted for the last 9 weeks at AIIMS. Unfortunately his condition has worsened over the last 24 hours. His condition is critical and he is on life support system,” Aarti Vij, chairperson, media and protocol division of the AIIMS, said in a release on August 15. 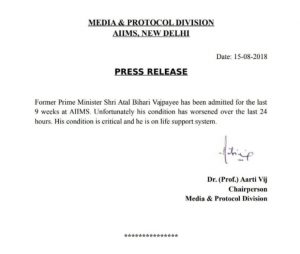 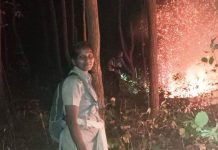