I’m provoked into writing this particular column in the backdrop of the rulers of the day declaring that the NRC will be implemented in the rest of the country. Also, in Assam, perhaps, there will be a repeat of the exercise to settle the so-called errors and the politically desired rectifications or whatever else comes along with that.

Last month, the Union Home Minister, Amit Shah, had said in the Parliament that NRC would be prepared for every state in the country. Till now, an NRC has been prepared only in Assam, where it was found that 1.9 million of the 329 million, who had applied for inclusion of their names in NRC, were not eligible for citizenship.

Instead of the establishment confronting the human disasters and tragedies taking place in Assam, there’s coming up this big scare for the rest of the citizens and residents of the country. Quite obviously scare is on several grave fronts. Foremost, how many genuine citizens will be hounded if not targeted and displaced in this entire citizenship drive.

Though assurances are now coming up that there will be no religious discriminations but who amongst us is naïve enough to believe a word of the politicians and their assurances? If the Home Minister of the country, Amit Shah, can say that all’s okay in terms of normalcy is prevailing in the Kashmir, then we have got to pause and seriously re-think on the assurances he has been lately giving on the NRC front. After all, it’s a confirmed fact that normalcy is not anywhere near prevailing in the Kashmir Valley, yet these false and faulty projections of the ground realities.

Not to overlook the fact that Amit Shah had in one of his earlier speeches mentioned rather too categorically that the members of the different communities of the country need not fear
the NRC and that they will not be affected. Here it is absolutely pertinent to state that he had mentioned all communities except the Muslims of the country. Why? Strange or not really, in the backdrop of the Hindutva’s track record in dealing with the largest minority community in the country. One fact after another to prove that the treatment meted out to the Muslim community is biased and tilted, if not grossly violating the basic fundamental rights.

Other aspects also loom large — when there’s that urgent need to reach out to the citizens of the country in terms of roti, kapda, makaan, then why the NRC? Instead of ensuring that human beings do not perish because of malnutrition, hunger, thirst, disease, poverty, the government of the day is hell bent on causing severe crisis along who is an Indian or who isn’t! At least first and foremost ensure that the Indian lives and survives and is fit enough to breathe, and then go in the various other complicated directions.

In fact, the urgency with which the government is moving to get the NRC implemented in the entire country, is provoking one to question and query — is this some sort of a distracting move, as there will be so much of focus on the NRC and its deadly offshoots that
nobody will be in a position to ask for the roti, kapda, makaan? All that they we will be left looking for will be for the citizenship papers, even if they are genuine citizens of the country!

Who the hell will be there to hear them out, to even bother to know the facts to their existence here on this soil, for decades if not even longer? Who will be there to hear their genuine pleas? Who will rescue them, pull them out from the various detention centres? Who will give a damn if families are torn apart and divided because the vital citizenship documents were ruined in the flood fury or in earthquakes or in the various day to day disasters taking place in the life and times of the human being in these developed times!

In fact, before any of the rulers of the day can even contemplate the implementation of the NRC in the country, they ought to walk around and talk to the people of Assam — that is, interact with all those affected by the National Register of Citizens ( NRC), to listen to those deadly offshoots it carries for each one of them. What, with families fractured, with one or two members either falling grievously ill, if not dead or else thrown in the deportation category. As good as dead! Almost akin to plucking out the living from the established settings, throwing them here and there, leaving them to perish.

Try uprooting even a tree, even with the intention of re-planting it here or there, and its sure to die. So the poor human being cannot take the strain of getting uprooted from his or her own home land.

The establishment cannot perhaps see the social disasters that are bound to come along, with fresh upheavals taking place. The living conditions are anyway turning hellish and these new dictates will compound the mess. There will be many more crimes and many more criminals coming up. Rapes of the psyche and also of the form will only accelerate with turbulence hitting many more…

Don’t overlook the fact that rapists come from within this society, they are part of our society and so we cannot distance ourselves. We, as a society, are decaying and this decay has got be settled as swiftly as possible. Nah, not by uprooting hundreds but by trying to control the ongoing mess, the virtual hell that everyday living is turning out to be. 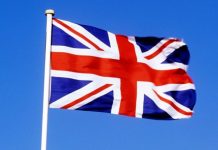 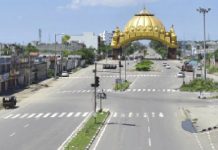