CHANDIGARH : ASSOCHAM Punjab State Development Council suggested various measures to boost export import manufacturing sectors in Punjab.The representation made and submitted on the advice of  A S Mittal Chairman,ASSOCHAM North Region Development Council  and Vice Chairman, Punjab State Planning Board.Northern drew attention to the Punjab Manufacturing sector’s plights, over the decades due to some fundamental constraints and many disadvantages that come with being a landlocked border state. A major constraint is location —distance from seaports has a crippling impact on industrial growth.
Mittal added “Punjab manufacturers also face a double freight burden — first they pay to access dry ports and then, dry to seaports. It has forced them either to shift base or shut operations. He said, the state&#39;s manufacturing sector needs a level playing field to compete with manufacturing industrial clusters of southern and western coastal line states, which reap the benefits of near-port location. Additionally, Seaports play a crucial role in reducing domestic logistic costs and facilitating Exim-oriented manufacturing by reducing time and variability. logistically, Punjab’s main hinterland is at an average distance of 1,300km from (the ICD Ludhiana to Mundra) the nearest seaport, which is the main reason why logistic cost on export and import is about three times higher than that in southern and western coastal line states”
.
Chairman said” hence, keeping these factors in mind we suggest, the government must own freight trains (either solely or in PPP mode) to boost the state industry by minimising rail freight burden from dry ports to seaports and vice versa.This move will have following effects on the existing scenario, firstly, the Punjab governmen can own 8-10 freight trains to facilitate the Exim-oriented state manufacturing sector. It will strengthen and promote the MSMEs which are instrumental in creating local entrepreneurship and employment. Secondly, As an agrarian state, Punjab has a long way to go in developing effective processing units to prevent crop wastage, improve supply chain, marketing, and logistics. Increasing production and export are correlated and hence,state-owned freight trains will help in addressing these structural constraints in the export realm and transform the manufacturing sector into export engines for its economic growth. 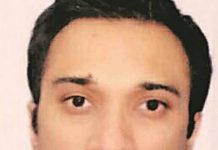 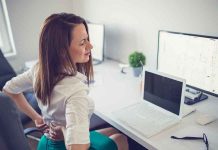