In a recent statement, J&K’s first Lieutenant Governor Girish Chander Murmu has said that his government is pro-actively working to hold Assembly elections in the newly created union territory.  However, there has so far been no talk of releasing the political leaders whose presence on the scene is important to usher in the long suspended political activity. All major political leaders from the Kashmir based parties including three former Chief Ministers — Dr Farooq Abdullah, Omar Abdullah and Mehbooba Mufti — are currently under detention.

Though Murmu’s statement indicates government’s intention to restart political activity in the UT, people in the Valley are inclined to be sceptical of any such prospect.  This is because the governments in J&K and in New Delhi have been making such statements over the past one and a half year but the elections have not been held. Along the way, J&K has come to lose its special status under the constitution and been bifurcated into two union territories, J&K and Ladakh.

“People aren’t sure what is in store,” said Naseer Ahmad, a columnist. “Before revocation of Article 370, people did want an Assembly election. But now they aren’t keen about it. They don’t think elections will make any redeeming difference”.

Ahmad is right in a sense. Elections to a UT Assembly have now an entirely different meaning. The representatives will now be elected to a largely disempowered assembly which will be subservient to Lieutenant Governor’s administration. The next elected chief minister will have drastically curtailed remit and, in most matters, will have to go by the orders of the LG.

It will be interesting to see how the mainstream parties like National Conference, the PDP and Congress will approach an Assembly election. The three parties had recently boycotted the block development council (BDC) polls, making the BJP the only major party to contest the election.

Between them the National Conference, the PDP and Congress control more than two-thirds of the electoral space in Kashmir Valley and also wield a significant political clout in Jammu region. The made the BDC polls of little interest to the people, creating a difficult situation for the governments in the state and New Delhi which could not make the polls appear credible in the absence of the major parties.

“Assembly polls are an entirely different ball game. They are a disproportionately bigger exercise than BDC polls where only elected panches and sarpanches had to vote,” says political analyst Gowhar Geelani. “But the problem is that the Assembly elections are being held in an altogether altered context. And it is both a troubled and a politically contentious context”.

J&K has been divested of Article 370 which granted erstwhile state a semi-autonomous status. This is expected to give the participation in the polls by the major mainstream parties an entirely different interpretation. Should mainstream parties decide to participate it will be seen as an endorsement of the withdrawal of the Article 370 and which they don’t want to do as of now. The continued detention of the political leaders is in part also because they have refused to sign on to New Delhi’s line on Article 370. So political parties face a tough dilemma.

At the same time, it would be tricky for them to avoid the elections. Not participating will once again leave the field open to the BJP and let it control the future government. As things stand, the saffron party is likely to not only sweep the elections in Jammu but also, in the absence of a competition, make inroads into Kashmir Valley where it has nurtured a significant cadre over the past several years. The NC and the PDP will have thus no option but to participate in the electoral process.

“It will be interesting what these parties decide finally,” says Ahmad. “But that will be only possible if they are released and allowed to formulate a response to the evolving situation in the UT”. 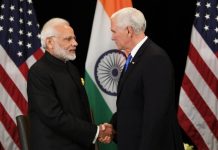