On the occasion of World Day Against Child Labour, on June 12, this year, Assam took a leap forward to curb the growing problem of child labour in the state which is nearly five per cent, higher than states like Tamil Nadu, Punjab and Chhattisgarh.

As the world took out rallies and awareness drives to mark the day, Assam government employees did something concrete. More than four lakh employees signed a pledge for not engaging a child below 14 years or those between 14 to 18 years in hazardous work, as stipulated by the Child Labour (Prohibition and Regulation) Amendment Act, 2016. Not just that, they also promised in writing that they would use the Childline toll-free helpline number (1098) if they come across any such violation.

“This was a very significant achievement for all of us. For making a change by the government, it was decided that the government employees must take the first step and lead people against child labour,” an official from Assam Labour and Employment Department said.

Even students and teachers in all government schools in Guwahati took the pledge on June 12 during the school assembly.

“This is really a very positive step taken by the government. Once we first stop doing something illegal or unethical, we can ask others to do the same with conviction,” said Raktim Phukan, an employee of Assam State Warehousing Corporation in Guwahati. “We see many children working in tea stalls or as domestic help in our apartment. From now onwards, I have decided to inform the Childline to rescue such children so that they can be enrolled in schools run by the government under the National Child Labour Project. Most of these children belong to economically weaker section and they drop out as their parents cannot afford their education,” he said.

Most of the children, who drop out of school and look for employment often fall prey to the network of traffickers, who take them out with the promise of jobs in cities like Mumbai, Bangalore, Hyderabad and even Nepal.

Nearly 100 adolescent boys have been rescued by railway police and Childline India this year. So far many have been taken out for work in the construction industry (a hazardous industry) in Nepal. Most of them belong to Lakhimpur, Sonitpur, Udalguri, Barpeta and Kamrup districts where flood, poverty and long militancy have taken a toll on the people’s livelihoods. Girls trafficked out with the promise of jobs often fall prey to sexual exploitation and land in brothels.

The Census 2011 also had another significant finding: child labour in Assam decreased in rural areas whereas it increased in urban centres. NGOs says the problem is more serious in Guwahati, the state capital with the Childline Guwahati alone rescuing over 350 child labour in the past one year.

“Children working in tea stalls, shops or factories are visible and can be easily rescued but those working as domestic help is tough to be tracked. So,we are requesting people to use the 1098 helpline number and inform us if they come across child domestic help. The identity of the informers is always kept a secret,” said Nirmal Deka, co-ordinator of Childline, Guwahati.

Utsah, an NGO working for children in Guwahati said domestic child labourers is the most complex and difficult to identify. “Since domestic child labourers are often hidden within the private apartment and residential blocks, it becomes difficult to gauge its magnitude in the cities and towns. Now, we are trying to aware the apartment dwellers and the district administration, Unicef and the labour department will offer a child labour free certificates to the apartments after going through some parameters,” founder of the NGO, Miguel Das Queah said. 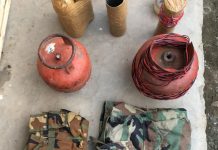 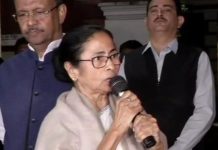