The Assam police have detained 3 persons for allegedly having links with terrorist outfit Hizbul Mujahideen at Barpeta District.

Official sources said that police detained the three suspected terrorists on September 22 night from different places at Barpeta District while acting on a tip-off.

On September 21, Hojai police picked up a Hindu girl from Jamunamukh for her alleged link with the terror outfit. According to the police, the girl was an employee of a Jamunamukh-based medical laboratory owned by Shahnewaj Alom, a close associate of Hizbul operative Qamir Uz Zaman.

According to reports the police have already arrested 7 persons in past 10 days in Assam excluding these three suspected terrorists following the arrest of Qamar Uz Zama in Kanpur.

The police is also working on a social media support system to deal with fundamentalist and terrorist activities. 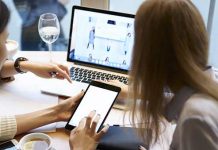