Assam police have arrested 30 persons so far for their alleged involvement in the lynching of two men named Niloptal Das and Abhijeet Nath in Karbi Anglong on June 8. A mob consisted of people of the Karbi and Bodo tribes suspected that Das and Nath were child abductors and they were beaten to death.

They were beaten to death when they were reportedly on their way to a waterfall at Kangthilangso. People got suspicious while they were asking for directions at the village of Panjuri Kachari.

Director General Police Kuladhar Saikia said “Officials were closely monitoring social media. The police have around 230 suspects in the case. Most of the people arrested so far had been identified after an analysis of video clips of the incident.”

In a video of the attack that was circulated on social media, Das is heard pleading with the attackers. “Do not kill me…please do not beat me,” he said .
“I am an Assamese. Believe me, I am speaking the truth. “

Following the deaths, people protested which triggered a violent response in Guwahati against the lynching demanding the resignation of Assam Chief Minister Sarbananda Sonowal and Minister Himanta Biswa Sarma.

On June 12 people assembled at Judge’s Field ground and held huge demonstrations demanding strict punishment for the accused and penalization of police personnel who failed to protect the victims.

Even Police resort to baton charge to control the protestors.

The Coordination Committee of Tribal Organisations of Assam issued a statement on June 11 urging people to refrain from adding a communal angle to the incident.

“Some elements with vested interest are trying to add communal and political colour to the unfortunate incident which was actually the result of deep-rooted superstitious beliefs among a backward community living in an interior place,” the committee further said. 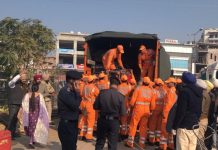