In the era of virtual reality, how social media can be an unsolicited invitation to danger has been proved by the unfortunate incident of Assam lynching. The inevitable manifestation of its perilous power is visible in negativity, devouring individuals and society via means of fake news, hate messages, violence-inciting posts, explicit videos or graphics circulated by vested interests. Such content implicitly controls one’s mind. Sometimes, it can get you killed too. That’s what exactly happened in Assam when two music lovers went to explore nature in Karbi Anglong district and ended up being lynched in cold blood. Reason? A fake post on Sopadhora (child-lifters) doing the rounds on WhatsApp groups in that area.

Making it to the list of India’s lynching incidents, two young men- Nilutpal Das (29) and Abhijeet Nath(30) were beaten to death on June 8 in Karbi Anglong district by an inebriated mob who mistook them as child lifters, a rumour that was already doing rounds on WhatsApp groups. An illiterate mob which are not used to outsiders (plus the circulation of fake news on the intrusion of child lifters in that area) took no time to react on their suspicion and inhumanely beat the two young men until they succumbed. The mob didn’t wait to inform the police or hand over the boys to them. So far, the Assam Police have arrested 28 people in the lynching incident including the main accused, Alphajoz Timung, who instigated the mob. Also, 30 have been nabbed for circulating rumour on child-lifters on social media.

Nilotpal was an audio engineer and Abhijeet was a digital artist working at a Goa-based company. They were the natives of Guwahati. And, both of them are victims of ills of social media and the growing intolerance in our society that go hand-in-hand.

The lynching of Nilutpal and Abhijeet has caused a furore in Assam. The incident has incited anger amongst the people of Assam and India, drawing attention from national and international media and politicians. Condemning the incident, the agitated crowd took to the streets, and people have been carrying out peace marches in various places across the country. Nevertheless, it has also caused fear among some tribal communities, especially, young people from Karbi Anglong living in Guwahati for quality education and employment, who feel threatened by the incident, fearing what if they are targeted next for avenging the killing of the two men. Their worries are justified considering hate posts against their communities on Facebook and WhatsApp are already doing rounds which are proof enough for them to look for their own security.

The ruckus on social media doesn’t stop there. Since the incident took place, the social media has been flooded with hate messages against the people of Karbi Anglong, posts inciting violence and calling for attacks on some tribal communities of Assam with the video and graphics of the incident are disturbing in nature. Some perpetrators have used Facebook and WhatsApp for publishing posts urging people to “name-shame” or “teach a lesson” to communities involved in the incident.

Coming out together to restore peace in Assam and Karbi Anglong district and to ensure law and order is not disturbed, the student bodies — Hill State Demand Council (HSDC), Karbi Students Association (KSA), AJYCP Karbi Anglong District and All Assam Student Union (Diphu region), have circulated a letter requesting public not to project the incident in a communal light, and to avoid sharing messages on social media that attack communities and also discourage others from doing the same. Read the letter below

The People of Assam,

Under the joint leadership of HSDC, KSA, AJYCP and AASU (Diphu region), a press conference was held on 10 June 2018 condemning the mob lynching of the two innocent youths Nilutpal Das and Abhijeet Nath. The unfortunate incident which happened on 8 June 2018 night was a very unfortunate incident and we highly condemn it. We offer our deepest condolences with the families of the deceased. We urge the police and administration to take immediate and strict action against the persons involved. People indulging and promoting mob lynching do not belong to any tribe/community/religion, hence, we would like to appeal to our brothers and sisters all over Assam to remain calm in such times and not promote or instigate violence. We are all one and should not differentiate amongst ourselves, also we would like to request our brothers and sisters to act as responsible citizens in such troubled times and not spread hatred via social media.

Social media has penetrated deep into the pockets of our vast country, its potential and reach, therefore, remains its key power in influencing people. The unprecedented hate presently in the country is a result of a massive social media propaganda and misinformation that reaches crores of gullible youth every day. In such an environment, it is imperative for the government to introduce proper checks and balances to control such a powerful medium of communication. Social media has time and again been used by propagandists to further their agendas using a strategically targeted campaign to provoke passions and create a wrong narrative in the society to suit their purpose. There are inadequate laws and content regulation mechanisms in the country today which further complicate the situation and result in the guilty escaping unpunished.

It is safe to claim that a majority of social media users never care to cross-check a rumour, or information, whether it is an unsubstantiated matter or real; nor, is there a mechanism to regulate or filter the content that reaches us through WhatsApp, Facebook, Twitter, email, etc. Though social media has helped people to connect in real time, engage in discussions, access diverse information, nevertheless, the question of credibility of social media is starkly palpable. 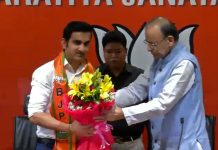