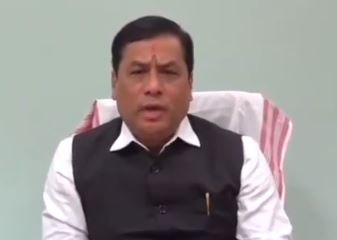 Assam Chief Minister Sarbananda Sonowal on Friday constituted a SIT to probe the violence during protests against the Citizenship (Amendment) Act, 2019.

CM Sonowal said those found to be involved in the violence will not be spared.

He further stated that Assam belongs to the Assamese people and PM Modi and Home Minister Shah has assured people of Assam that measures will be taken to implement clause 6 of Assam Accord.

On Friday, Mobile internet services resumed in Assam, ten days after it was suspended in view of violent protests over the new Citizenship Law.

Assuring people of Assam, Chief Minister Sarbananda Sonowal said there is no threat to identity or culture of people of the state. “We will always have the support of the people and will move forward with peace in the state,” he added.