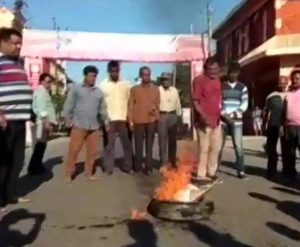 The All Assam Bengali Youth Students Federation on Friday has called a 12-hour shutdown in Tinsukia to protest against the murder of five people who were killed by United Liberation Front of Assam (ULFA) terrorists in Bishnoimukh village near Dhola-Sadiya bridge in the district on Thursday.

The incident took place on Thursday evening and the victims have been identified as Shyamlal Biswas, Ananta Biswas, Abhinash Biswas, Subal Biswas and Dhananjay Namsudra.

West Bengal Chief Minister Mamata Banerjee on Thursday condemned the murder of people by ULFA. Banerjee further questioned if the attack was the outcome of the recent National Register of Citizen (NRC) development.

“In protest against the brutal killings in Assam @AITCofficial will organise protest rallies tomorrow ( Fri Nov 2) in different parts of north and south Bengal including Siliguri and Kolkata,” Mamata Banerjee tweeted.

Condemning the Dhola incident, Union Home Minister Rajnath Singh said that he had spoken with Assam Chief Minister Sarbananda Sonowal and asked him take strict action against the culprits.

“Deeply anguished by civilian casualties in an attack in Upper Assam region. It is a reprehensible act of mindless violence. Spoke to Assam CM Shri @sarbanandsonwal regarding the incident and asked him to take strict possible action against the perpetrators of this heinous crime,” Singh tweeted.

All India Trinamool Congress took to their twitter account and said, “In solidarity, on #ProtestDay to condemn the brutal killings of Bengalis by a State ruled by the #BJP, we are turning our Twitter/FB DPs into black. Street protests throughout #Bengal. Please turn your DP into black for today.” 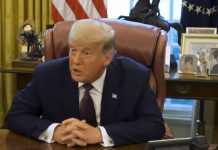