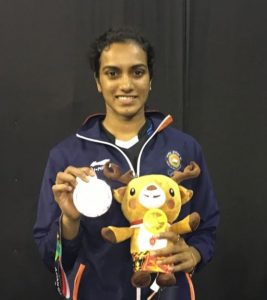 Sindhu is the first Indian to reach the final of a singles event of Badminton at the Asian Games.

From the beginning of the match, Tai was in complete control by taking the first five points of the match.

Sindhu tried hard to reduce the deficit to 4-6 but Tai consistently outsmarted Sindhu.

The Taipei player raced away to a 17-10 lead by perfectly using drop shots.

PV Sindhu found it tough to anticipate as the first game was over in just 16 minutes.

At the beginning of the second game, Sindhu tried to push Tai Tzu Ying to the back. It got her points and the strategy worked at the start to put the game level at 4-4, but she lost too many points due to unforced errors in an attempt at finding the lines and pushing up the tempo.

It got over soon, with Tai Tzu Ying tightened her grip on the match and beating Sindhu by 16-21 in the second game.

Prime Minister Narendra Modi congratulated Sindhu and tweeted, “The formidable @Pvsindhu1 is one of India’s most talented and inspiring athletes. Her skills and perseverance are noteworthy. She wins the prized Silver Medal in Badminton at the #AsianGames2018. Her accomplishment makes 125 crore Indians happy and proud.” 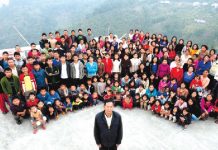 Can a CM support polygamy & a misogynistic man?