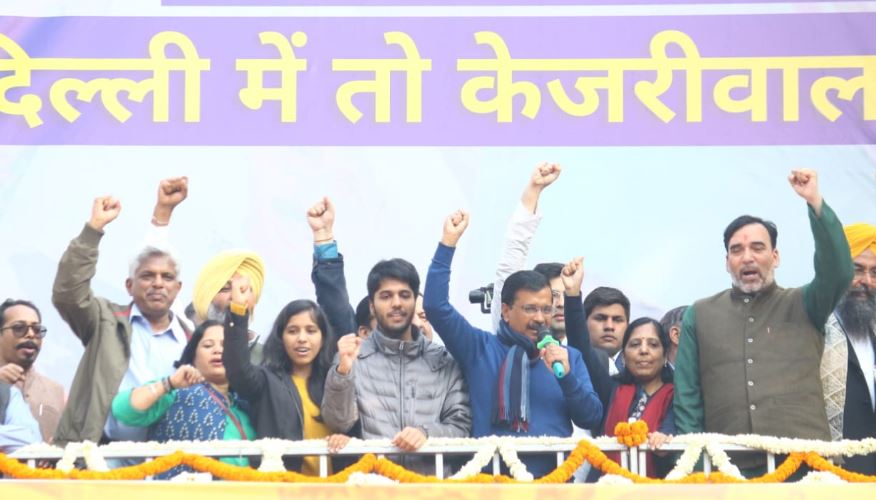 ‘I love you’, said Arvind Kejriwal in an address to supporters and party workers after winning massive mandate in assembly elections.

As per the latest trends, AAP has won 36 seats and leading in 26 out of 70 assembly seats while the BJP has won three and ahead in five constituencies.

“Delhi you have done it!!! For the first time in the history of India, an election has been won on the basis of work.,” AAP tweeted

“Thank you to all the people of Delhi for putting their faith in @AamAadmiParty and voting for politics of development. In the last 5 years we have endeavoured to make Delhi’s Govt. Schools the best in the country and now we’ll make Kalkaji the best constituency in Delhi!” Atishi tweeted.

Kejriwal dedicated the AAP’s victory to the nation. He is likely to take oath on February 14.

Why Is Peace a Dirty Word In Kashmir?