In his book, Diplomacy, Henry Kissinger, the former National Security Advisor and Secretary of State of the United States, described the constant tussle that his country’s presidents grappled with to tide over global affairs. Over the past 100 years, some felt that the US should be the guiding light to woo nations to adopt its values. Others felt it should carry on aggressively to transform them. Some thought the era of balance of power was over; others felt it was intrinsic to international relations.
For seven decades, similar issues were debated in India vis-a-vis her relations with Pakistan. Should India follow ‘hot pursuit’, as advocated by Ajit Doval, the country’s National Security Advisor (NSA), to wrest back Pakistan-occupied Kashmir and destroy the terrorists’ bases there? Should she amicably resolve the problems? Post-1998, when both neighbours possess nuclear weapons, is it imperative to smoke the peace pipe with other regional powers to maintain a power equilibrium?
The recent impasse between New Delhi and Islamabad over the NSA-level bilateral talks indicated that the debate rages on. There is a diplomatic chaos and confusion on both sides. Neither nation knows whether to talk peace or war, whether to give an inch, to walk the extra mile or stay put. The public stand-off between the two is about who is perceived to have blinked first. In fact, one of breaking- news headlines in an Indian TV news channel was: “Will Pakistan blink first?”
An analysis of the events that led to the cancellation of the talks, and the language used by both sides hinted at the diplomats’ inability to decide what to do and say. Instead of using the hotline between the two capitals, they used the red-hot media to attack each other. Nothing was sacrosanct in this war of the words. Both sides accused each other of being scared to hold the NSA-level talks. It was evident that this was a unique case where both sides blinked at almost the same time.
War on terror
In the end it boiled down to a few words, or rather two sentences. Pakistan’s NSA, Sartaj Aziz, said that the bilateral agreement signed by the two prime ministers, specified that the overall talks will encompass “all outstanding issues” between the two nations. Sushma Swaraj, India’s foreign minister, countered that while this phrase found its place in the ‘preamble’ of the agreement, the details of the specific talks were specified in the details. As we know, the devil is always in the details.
According to Aziz, all issues meant exactly that; the talks couldn’t be limited to a few issues. Therefore, New Delhi couldn’t impose any ‘preconditions’ before the talks. In the Swaraj scheme of things, the specifics were clear. Apart from the preamble, the deal stated that three different discussions would be held between the two countries. The first in the three part series was between the two NSAs, followed by the ones between the respective border forces and military officers.
New Delhi insisted that the NSA-level talks were to discuss only terrorism, and no other contested issues like Kashmir. She explained that Prime Minister Narendra Modi’s thinking was that unless the two nations reduced the violence, either in the form of cross-border terrorism, incursions and firing, there couldn’t be any peace talks. This was implicit in the agreement, and wasn’t a precondition.
Islamabad disagreed. Aziz maintained that the spirit of the bilateral deal was to discuss all the contentious issues, including the K-word. This was the heart and soul of the problem as Pakistan’s polity, military and society completely supported the Kashmir people in their bid to decide their fate. At a press conference, the Pakistan NSA said that Kashmir was the most important issue.
War on Kashmir
The reason why India raised the diplomatic decibel level was due to the K agree word. First, Pakistan insisted that it would include Kashmir in the NSA talks. Second, the Pakistan High Commissioner in New Delhi wished to hold a reception for the Kashmir’s Hurriyat leaders on the evening before Aziz’s arrival. Both, said New Delhi, violated the letter of the bilateral agreement. With its autonomy demand and pro-Pakistan stance, the Hurriyat-Islamabad truck was unacceptable to New Delhi.
Aziz explained that India was merely flogging a dead horse. Each time the Pakistan officials visited India, they met the Hurriyat leaders. This had gone on for a decade. Why did New Delhi up the ante this time? Moreover, since Kashmir was critical to the bilateral relations, it was necessary for Islamabad to be in touch with all the involved stakeholders, which included Kashmir’s political leaders. New Delhi’s stance, therefore, violated the spirit of the agreement.
A few experts, both in India and Pakistan, questioned India’s focus on Hurriyat. The reason: since these leaders were Indian citizens based in India, the government could always clamp down on them and prevent their meeting with the Pakistan High Commissioner. This is exactly what happened when the Hurriyat leaders were arrested at the Delhi airport. So why did New Delhi feel the need to cry wolf over Hurriyat, and put diplomatic pressure on Islamabad to retaliate verbally? 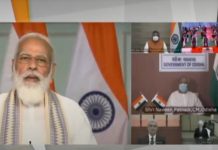