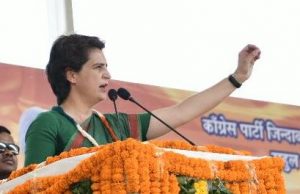 Congress general secretary Priyanka Gandhi Vadra on Tuesday launched an attack on Prime Minister Narendra Modi and said that PM Modi’s arrogance is like that of Duryodhana from the epic Mahabharat.

Addressing a rally in Haryana, Priyanka said that this nation has never forgiven arrogance. Even Duryodhana had such arrogance when Lord Krishna tried to make him see sense, he wanted to take him hostage.”

She also criticised Modi for calling her late father and former prime minister Rajiv Gandhi ‘Corrupt no. 1’ She said that the BJP leader always “insulted” her family members and martyrs of the country.

Priyanka said if PM Modi has courage he should fight the Lok Sabha elections on issues related to development, employment, farmers and women.

“Modi should face the people and tell them what he has done for them over the past five years and what he plans to do in the future,” she added.

At Bishnupur, West Bengal Shah said, ” “Priyanka Gandhi compared PM Modi with Duryodhana. The country will decide on May 23 who is Duryodhana and who is Arjuna.” 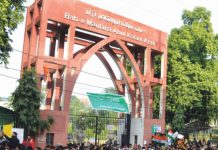