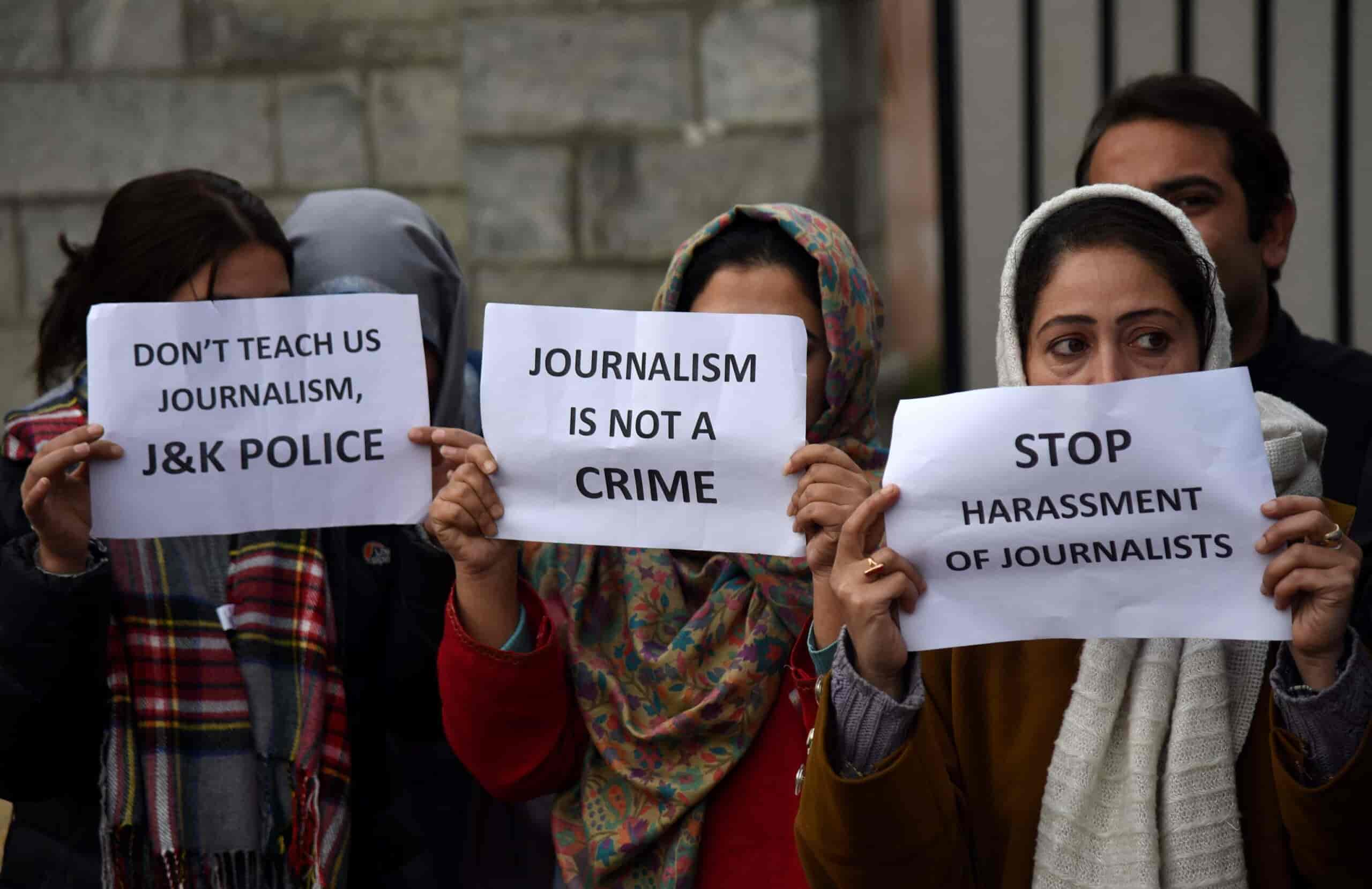 The arrest the Fahad Shah, editor of an online news portal, Kashmir Walla, close on the heels of the detention of a reporter associated with same portal has caused unease among the journalist fraternity in the Valley, reports Riaz Wani

On February 4, J&K police arrested the editor of an online news portal, Fahad Shah. Though the portal’s content over the last two years hasn’t been to the liking of the government, it had appeared unlikely that Shah would be arrested. Earlier Shah had been summoned to the police stations several times but let off.

Jammu and Kashmir Police, in a statement, claimed that Shah had been identified among “some Facebook users and [news] portals” that had published “anti-national content.”

Earlier, police arrested Sajad Gul, a reporter associated with Kashmir Walla, Fahad’s portal.  Though he was immediately granted bail by the court, police later booked him under the stringent Public Safety Act which allows the detention of an individual without trial for six months and shifted to jail outside Kashmir Valley.

In a separate incident, journalist Gowhar Geelani has also been summoned by the executive magistrate of Shopian district to appear in court on February 7 for ‘acting in a manner prejudicial to public interest’.

The successive arrest of two journalists has created a deep unease among the journalist fraternity in the Valley. Rumors are flying thick and fast about the impending arrest of more journalists.

The arrests have been slammed by Kashmiri politicians and journalist bodies.

“Standing up for the truth is deemed anti-national. Showing the mirror to a deeply intolerant & authoritarian government is also anti-national. Fahad’s journalistic work speaks for itself & depicts the ground reality unpalatable to GOI. How many Fahads will you arrest?,” former J&K Chief Minister Mehbooba Mufti tweeted.

“The arrest of Fahad Shah shows Jammu and Kashmir authorities’ utter disregard for press freedom and the fundamental right of journalists to report freely and safely,” said Steven Butler, CPJ’s Asia program coordinator, in Washington, D.C. “Authorities must immediately release Shah, and all other journalists behind bars, and cease detaining and harassing journalists for simply doing their jobs.”

Even the Editors’ Guild of India has condemned the arrest of Fahad. “The Guild also demands immediate release of Fahad Shah as well as Sajad Gul, and to ensure that FIRs under harsh penal laws, intimidatory questioning, and wrongful detainment are not used as tools for suppressing journalists’ rights,” it said.

The arrests followed immediately after the closure of Kashmir Press Club. This happened after a group of journalists stormed the Kashmir Press Club on January 15, accompanied by a posse of policemen, and announced themselves as the interim body of the club.

But there was soon massive backlash against the decision with almost all journalist organizations registered with the club resisting “the arbitrary move”. And they were supported in this by the Press Council of India, Delhi Press Club, Mumbai Press Club, other major national clubs besides international media organizations like Committee for Protection of Journalists, International Journalists Federation and Reporters without Borders.

Later, the J&K administration put on hold the re-registration of the Club and took control of the premises, citing a “potential law and order situation.”  The Club has now been handed over to the UT’s Estates Department.

The government has already stopped advertisements to several local newspapers, even though no formal orders have been issued to this effect.  This has come as a crippling blow to the papers already reeling from a denial of central government adverts. More so, in the case of Greater Kashmir, one of J&K’s largest newspapers. Similarly, ads have been withheld to other major newspapers like Kashmir Reader, Kashmir Life and Kashmir Images.