A resident of Pakistan-occupied Kashmir (PoK) was apprehended by the army along the Line of Control (LoC) in Tanghdar area of Kupwara district of north Kashmir, officials said on Saturday.

He has been identified as Shabir Ahmad son of Mir Wali of Manjkote.  He was  held near Diler post at Amrohi by army’s 17 Bihar regiment.

The man, said a local news agency GNS,  is being questioned by army to ascertain whether he  crossed inadvertently or there was some motive behind it,

In another incident on Friday,  a boy hailing from Jhulas village located near Line of Control in Poonch district, who had crossed over to the other side five months ago, was repatriated by PaK authorities.

The boy was identified  as Ilyas Mohammad son of Mir Mohammad.

He had  gone missing on  December 11 last  and on  December 13, a video had gone viral on social media platforms of Pakistan which showed the  boy  in  a PaK village close to LoC. 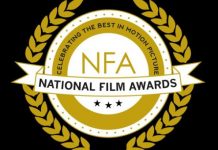