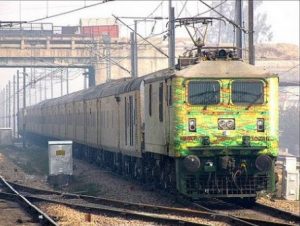 The incident took place on Thursday morning when the train was stopped at Badli station, on the outskirts of Delhi.

The Armed men barged inside the two AC coaches and looted the passengers of their cash, mobile phones, gold chains and other valuable items.

As per the sources, a group of about seven to ten armed assailants looted passengers onboard B3 and B7 coaches of the train.

According to the spokesperson of Northern railway, the railway protection force has initial leads in the case and action will be taken against culprits.