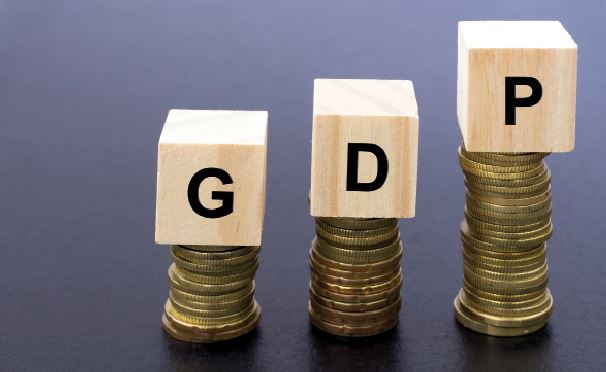 Is the worst behind us and we are on a sure path to recovery? This question has rattled us all with no definite answers but in its recent report, the RBI has promised a ‘glorious summer’ on the basis of recent high-frequency indicators.

In its monthly statement, the RBI has said that the recent shifts in the macroeconomic landscape have brightened the outlook, with GDP in striking distance of attaining positive territory and inflation inching closer to the target. Financial markets remain ebullient with strong portfolio inflows and India is on track for receiving record annual inflows of foreign direct investment, noted the apex bank’s monthly statement. If these movements sustain, policy space could open up to further support the recovery,” it said. It noted the New Year began with countries across the world in a massive vaccination drive, and felt “the worst is behind us.”

“Recent high frequency indicators suggest the recovery is getting stronger in its traction and soon the winter of our discontent will be made glorious summer,” said the RBI, quoting William Shakespeare. “In fact, the number of e-way bills issued during December 2020 was the highest, suggesting that the recovery is no longer aloft on the fleeting tailwinds of festival spending but is rising Phoenix-like on the wings of an intrinsic momentum,” said the central bank.

Why is RBI’s recent statement a good news? Growth and rebound by various sectors show that India is on path to recovery. We have noted that the tourism industry was the worst affected due to the Covid crisis. The FICCI-Yes Bank report titled ‘India Inbound Tourism: Unlocking the Opportunities’ described India as a tourism powerhouse and the largest market in South Asia. Tourism in India accounted for 9.2 per cent of GDP and had generated US$247.3 billion in 2018, with the creation of 26.7 million jobs. Currently, it is the 8th largest country in terms of contribution to GDP.

According to the report, by 2029, the sector is expected to provide employment to nearly 53 million people. The aviation sector in India currently contributes US$72 billion to India’s GDP. Railways contributed US$27.13 billion in 2019 to GDP. The Indian retail industry was worth US$790 billion in 2019. It accounts for over 10 per cent of the country’s GDP and around 8 per cent of employment. In the past few years, online retail has seen very rapid growth and the market projections had indicated a 30 per cent growth in online retail in 2020 according to the National Investment Promotion Agency, 2020.

In the retail sector, the suppressed demand has a tendency to revive very fast and this will enable the sector to recover the losses once the lockdown is lifted. Online retail was operational in some parts of the country during the lockdown period and this will help in offsetting some of the losses for the industry. The sectors that were affected the most, that is, MSMEs and the farms, have been supported by relief packages.

However, experts say that India needs to rethink its developmental paradigm. Equal access to Health and Education is an important condition for equitable development. An important lesson that the  Covid-19 pandemic has taught the policymakers in India is to provide greater impetus to sectors which make better allocation of resources and reduce income inequalities. Covid-19 has also taught a lesson that in crisis the population returns to rely on the farm sector. India has a large arable land, but the farm sector has its own structural problems. However, directly or indirectly, 50 per cent of the households still depend on the farm sector. A greater support to MSMEs, higher public expenditure on health and education and making the labour force a formal employee in the economy are some of the milestones that the nation has to achieve.

One of the imminent reforms to be done in the country is labour reforms. Labour laws are outmoded in India, and some of these date back to the last century. India’s complex labour laws have been blamed for keeping manufacturing businesses small and hindering job creation.

Industry hires labour informally because of complex laws and that is responsible for low wages. A rise in wages as a result of simplified labour laws will boost demand and provide inducement to invest. The Covid-19 pandemic has provided an opportunity to expedite the process of labour reforms. Financial inclusion with labour reforms will help in increasing wages and reducing unemployment.

Before the advent of the modern state, social security was largely community based in India. The community used to take care of the old, poor and vulnerable. Sharing food or giving food as alms was a part of daily routine and was an important part of our culture. Many charitable works for the community were undertaken by those who had resources within the community. At the time of crisis, the state provided help, but a large part of help came from local philanthropists. After the creation of the modern state, community-based social security measures were discontinued.

State-sponsored social security net for all is yet to be developed in India. Social security measures are segregated. It is time to provide a social security card (with a unique identification number) to everyone in the country, along with a 100 per cent financial inclusion.

Availability of advanced digital technology can easily make this possible in India. Massive exodus of migrant labourers, news of some of them dying as a result of walking miles in the scorching sun, and many remaining hungry for days are some of the most disturbing images of lockdown. Duplication of relief efforts in the absence of a formal social security net and having no way to reach the last mile where a part of the population remains left out are some of the realities that have been brought forward by the pandemic. It is time to create a robust state-sponsored social security net for every citizen of the country.

It is undoubtedly the need of the hour to prepare for a future that is sustainable, structurally more viable for living and working. While policy and reforms should be doled out by the government adequately to salvage the economy, the industry, civil societies and communities have an equal role in maintaining the equilibrium. The norms of social distancing, avoiding or cancelling gatherings, and use of masks and sanitisers should be the way of life till we are able to eradicate the virus. During this time, the economy is juxtaposed with social behaviour of humankind, so the responsibility of bringing back economic action is not of government alone.

As every crisis brings about a unique opportunity to rethink on the path undertaken for the development of a human being, community and society. The Covid-19 pandemic has a clear message for the Indian economy to adopt sustainable developmental models, which are based on self-reliance, inclusive frameworks and are environment friendly. And this is what the government has done and the RBI’s latest statement predicts that a V-shaped economic recovery will be there if growth momentum continues and inflation stays mild, then there will be a room for policy action to support growth.

The consumer confidence is expected to increase from January 2021, peak in July 2021 and continue till September, said the report. The report further added, “Going forward, two positive features are going to shape up the fiscal landscape-first, the general government gross fiscal deficit to GDP ratio is likely to moderate to 10.4 per cent and second, the quality of the fiscal deficit is also likely to be better in next fiscal”.