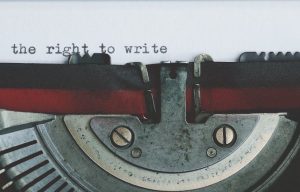 When  Masrat Zahra, 26, a freelance photojournalist received a call from Cyber Police station, Srinagar on April 18 asking her to visit immediately, she was stunned. She was not told why she was being summoned, making her anxious about the reason. She called her colleagues in the media who soon rallied to her support.

Zahra soon learnt she had been booked under draconian Unlawful Activities Prevention Act for her social media posts that included her pictures. Calling her a “Facebook user”, the police complaint charged her for “uploading anti-national posts with criminal intention to induce the youth and to promote offenses against public tranquillity”.

The complaint continued that the journalist “is also believed to be uploading photographs which can provoke the public to disturb law and order”. It also added that “the user is also uploading posts that tantamount to glorify the anti-national activities and dent the image of law-enforcing agencies besides causing disaffection against the country”.

At the same time, the complaint had a warning for the general public too: “to refrain from misuse of social media platforms and circulation of unauthorised information through such platforms”. Any person found indulging in such activities, the complaint added, “will be dealt with strictly under law”.

Zahra has been a photojournalist for the past four years and her work has been published in Washington Post, Al Jazeera, Quint, Caravan etc. She is the second journalist to be booked under the dreaded law after Asif Sultan, who is still in jail. Sultan, a journalist with a local magazine Kashmir Narrator was arrested following a cover story he wrote on the slain militant commander Burhan Wani. Police later accused  him of  providing logistical support to militants. Last year, Sultan was conferred with National Press Club award.

“Sultan was imprisoned last year and is accused of aiding insurgents —- even though he merely reported on them. Sultan’s case reflects worsening conditions for the press and citizenry in Kashmir,” National Press Club said in its statement.

Alongside Zahra, Police  also summoned the Peerzada Ashiq, correspondent of Hindu newspaper to explain the alleged factual inaccuracies in one of his stories. However, he was allowed to go home after giving his explanation. Following day an FIR was lodged over his story. Mercifully, the FIR didn’t mention his name.

However, while the journalist community was still coming to terms with slapping of terror charges against Zahra, police booked the senior journalist and political commentator Gowhar Geelani under UAPA. He was charged with “indulging in unlawful activities through his posts and writings on social media platforms which are prejudicial to the national integrity, sovereignty and integrity of India”.

Geelani, who has earlier worked as an editor with   Deutsche Welle in Germany later moved the High Court against the Police complaint. The court has since issued notice to the government seeking its response to the petition by May 20, the next date of hearing.

Three successive FIRs have once again  foregrounded the unprecedented harassment being faced by journalists in Kashmir over the past one and a half year – more so, following the revocation of Article 370 in August last. The practice of summoning journalists to the police stations over their stories has since been normalised.  In two cases, journalists were picked up by the National Investigative Agency – one of them, the photographer Kamran Yusuf later spent six months in Tihar jail. Another, a reporter with a local daily Auqib Javed was questioned in New Delhi over an interview he had done with a separatist leader.

Similarly, in February 2019, the then J&K Government headed by the Governor Satyapal Malik suddenly halted advertisements to two Kashmiri newspapers, Greater Kashmir (GK) and Kashmir Reader.(KR). No formal order was issued. The state’s Information Department, it turned out, was verbally told by a senior administrative functionary to hold the adverts.  This came as a crippling blow to the papers already reeling from a denial of central government adverts. More so, in case of GK, one of J&K’s largest newspapers, which has not been receiving any central government adverts for the past decade.

The move, as it turned out later, was to discipline the newspapers in the run up to the revocation of Article 370. And this is what largely happened. The local newspapers became indistinguishable from a public relations arm of the state government. The space for the content that goes against the official narrative has progressively narrowed since. There is no scope for in-depth, investigative reports or the ones that objectively reflect the ground situation.

However, successive FIRs against three journalists  has galvanised a push back unlike anytime over the last year. All Valley based journalist bodies have gotten together to condemn this assault.  Kashmir Press Club has called for withdrawal of FIRs and pleaded for  creation of a conducive atmosphere for media to discharge its duties.

Journalists also took to social media to highlight the issue. Within days there was a surge of tweets and Facebook posts talking about the harassment, forcing the Inspector General of Police, Kashmir Vijay Kumar to explain that the FIRs were against social media posts, not journalism. Soon, the national and international journalist bodies also raised their voice.

“Under the normal rules and practices of a democracy, perceived news errors are dealt with through official denials or writing a letter to the editor,” Press Club of India said in a statement. “The Cyber Police appear to be super-active in the Valley, parsing every word written and then summoning journalists to the police station. Even in a conflict zone, where hostile intelligence operations may be ongoing, a democracy must preserve democratic norms”.

However, the government so far is in no mood to back down. And if the administration”s conduct over the last year is anything to go by it won’t. The reason for this is that J&K continues to be under a centrally controlled Lieutenant Governor’s rule, so not accountable to public opinion. The public protests, let alone those of journalists hardly matter to it, nor has it shown itself amenable to international pressure on the issue of freedom of press, more so, in regard to Kashmir. Recently India dropped to rank 142, two points below its 2019 rank in 2020 World Press Freedom produced by Reporters Without Borders.

“Government is working on a systematic agenda to silence all independent thinking in Kashmir.,” said a journalist who didn’t want to be identified. “The administration has already accomplished this mission in large swathes of public opinion in Kashmir. So, the focus is now on small pockets of resistance, among them journalists”.

Much will depend on how government seeks to pursue the cases against the three journalists, the target of its latest assault. Withdrawal of the cases will certainly be a victory of freedom of expression, in turn also for the government.

“For a journalist to report on the ongoing situation is his profession. Government can have questions about the accuracy of the reports and hold the journalist responsible for any lacunae thereof. This can’t be held against the professional,” an editorial in a local daily said. “Government, therefore, needs to revisit its current approach to journalists and journalism. And to start with, it should drop the case against Zahra”.