The Supreme Court (SC) on Friday said that an appropriate bench on January 10 will fix the date of hearing in the Ram Janmabhoomi-Babri Masjid land dispute case.

“Further orders will be passed by an appropriate bench on January 10 for fixing the date for hearing the matter,” a bench comprising Chief Justice Ranjan Gogoi and Justice SK Kaul said in the hearing which not even lasted for 30 seconds.

Senior advocates Harish Salve and Rajeev Dhavan, representing different parties, did not even get the chance to make any submission before the bench.

A SC bench headed by Chief Justice of India Ranjan Gogoi, had on October 29, said that the appropriate bench will decide the future course of hearing in January 2019 in pleas challenging the Allahabad High Court’s 2010 verdict on the Ram Janmabhoomi-Babri Masjid dispute.

“We will fix the date of hearing of the Ayodhya dispute case before the appropriate bench in January,” the top court bench, had said.

The SC on November 12 had rejected a plea seeking an urgent hearing in the Ram Janmbhoomi-Babri Masjid title dispute case.

The top court said it had already fixed January 2019 as the time and there was no need to rush it.

In 2010, the Allahabad High Court had divided the disputed land on the Ram Janmabhoomi-Babri Masjid area into three parts among Ram Lalla, Nirmohi Akhada and the Sunni Waqf Board. The appeals have been filed against Allahabad HC order. 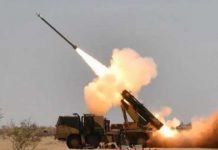