The Supreme Court has dismissed petitions seeking independent probe into the death of special CBI judge Brijgopal Harkishan Loya, who was hearing the high-profile Sohrabuddin Sheikh fake encounter case.
The Supreme Court judgment slammed the petitioners for “maligning” the judiciary. The bench of Chief Justice Dipak Misra and Justices A.M. Khanwilkar, D.Y. Chandrachud said attempts were made to scandalise the judiciary by levelling serious allegations against judicial officers and judges of the Bombay High Court.
Judge Loya reportedly died of a cardiac arrest while in Nagpur in Maharashtra on December 1, 2014. He was in Nagpur to attend a wedding.
Loya’s death led to allegations of a foul play since he was investigating the politically sensitive Sohrabuddin Sheikh fake encounter case, media reports said.
There is no reason to doubt statements of four judges on circumstances leading to the death of Loya and the documents placed on record and their scrutiny establishes that Loya’s death was due to natural cause, the bench reportedly said.
The top court was quoted as saying that with these petitions it becomes clear that a real attempt and a frontal attack was made on the independence of the judiciary.
The issue of Loya’s death had come under the spotlight in November last year after media reports quoting his sister had fuelled suspicion about circumstances surrounding it and its link to the Sohrabuddin case. But Loya’s son had on January 14 said in Mumbai that his father had died of natural causes, reported PTI.
In the Sohrabuddin Sheikh fake encounter case, BJP President Amit Shah along with Rajasthan Home Minister Gulabchand Kataria, Rajasthan-based businessman Vimal Patni, former Gujarat police chief P.C. Pande, Additional Director General of Police Geeta Johri and Gujarat police officers Abhay Chudasama and N.K. Amin have already been discharged, the report said. 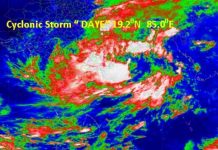 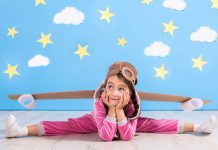