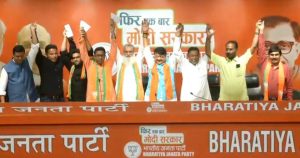 In another setback for the Trinamool Congress (TMC), its MLA Monirul Islam on Wednesday joined the Bharatiya Janata Party (BJP).

They joined the party in the presence of BJP leaders Mukul Roy and Kailash Vijaywargiya.

On Tuesday, Two TMC MLAs and over 50 councillors had joined the BJP.

It came weeks after PM Modi had said that 40 MLAs from TMC party were in contact with the BJP and soon join.

She said, “the oath-taking ceremony is an august occasion to celebrate democracy, not one that should be devalued by any political party.” 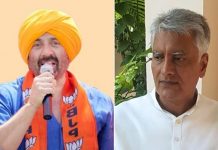