Charan, son of an ex-Army man and a reputed kabaddi player of the area, was a drug addict.

According to his father Darshan Singh, Charan got into the company of drug addicts while playing kabaddi. “We got him admitted to a drug de-addiction centre at Ganganagar in Rajasthan about 6 months ago and few days back we got him back,” Darshan Singh added.

After coming back from de-addiction centre, Charan accompanied his village friends for outings but his health became adverse and he started vomiting, a family member said.

Post this Charan was rushed to Bathinda Hospital from there he was referred to DMC Hospital in Ludhiana. Later he was taken to PGI Chandigarh where he died on Saturday.

Meanwhile post mortem have been conducted by the police officers. Viscera samples were taken by doctors and will be sent for chemical examination.

According to victim’s father and village sarpanch Malkit Singh, drugs were the reason for Charan’s death. 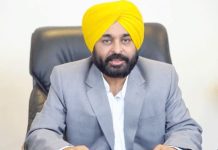