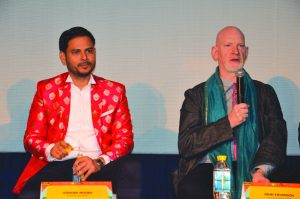 Cinema is an impactful tool in the ear of technology. In an advanced world where everything is easily available on the internet, it becomes necessary to filter the content, especially for children, believes John Stevenson, the director of the Academy Award-nominated animated film Kung Fu Panda (2008) with Mark Osborne.

He was recently in town to attend the Smile International Film Festival for Children and Youth (SIFFCY). The 5th edition of SIFFCY concluded on December 15 at Siri Fort Stadium, New Delhi. It aims to bring meaningful cinema from all over the world to impart the perspective of good cinema among young minds.

Stevenson was the part of the jury at the seven-day festival where more than 150 cinemas have been screened. In a personal interaction with the British animation film-maker, he expressed his views on the film festival and also shared his journey of persuading animation in the world of dominating commercial movies.

“All visual media is extremely powerful and through visuals, it is easy to get children’s attention with films and online content that is interesting and engaging,” said Stevenson.

Stevenson believes that children these days are glued to the internet, YouTube and all, so it is necessary to keep a check on what they watch. The festival screened almost 150 films in over 30 different languages from 50 countries. The focus was on socially relevant cinema to impact the youth and initiate a positive change in the world.

Featuring good cinema from all over the world and being a part of the jury of SIFFCY, Stevenson shared his joy, said, “SIFFCY is really a powerful platform for both distinguished as well as budding filmmakers to showcase their work. It is a great platform to expose children to the great international cinema — animation and live-action, which they otherwise will not get to see. It will be a privilege to come back again next year.”

He started his career as a puppeteer and animation did not happen to him by chance, he has nurtured his childhood habits of drawing and sketching. Later, for him, “animation became the best way to get into films.”

While recalling his childhood days, he mentioned that while growing up he had a great interest in designing, drawing, and storytelling. He said, “I had a pretty good ability to draw. As I started growing up, I thought, drawing cartoons for TV would be a fun way of making a living.”

At the initial stage of his career, Stevenson never felt animation challenging, rather it happened to be a successful commercial film formula viable and acceptable across American studios. Recalling his early days, he said, “For me, animation is not a genre but a technique using which any kind of story can be told. To put everything that you personally believe in, in a commercial world animation film is sometimes challenging but not impossible.”

With time the approach towards animation films has been changed a lot, mostly positive. With 44 years of experience in making animation films, Stevenson has “seen a lot of change with time”. He said, “A lot has changed. Some part is technical, as earlier it was all hand-drawn and slow-motion but now all animation is computer generated. Also, now people in the studios believe that it is only successful when it is computer generated, although I don’t agree.”

Nothing pleases Stevenson except films; most of his time goes to films or visual storytelling. His film Kung Fu Panda (KFP) got him immense success and recognition worldwide. KFP is one of his most appreciated movies and the characters gained much popularity and become iconic.

Telling us about his inspiration of drawing characters like Po and Master Shifu, he said, “When we were designing the characters of Po and Master Shifu, we wanted them to be universally relatable. The story is about a useless student and a strong teacher. This is a staple of a typical Chinese martial arts film, say a Jackie Chan and a vulnerable student. But as the story evolves, the student also undergoes a transformation. Po, in this case, is a vulnerable student with big dreams and his teacher who initially thinks that he is worthless, gradually moulds him into a perfect student. This as a concept is accepted universally. People across cultures can relate to the story.”

Stevenson believes that children these days are glued to the internet, YouTube and all, so it is necessary to keep a check on what they watch. The festival screened almost 150 films in over 30 different languages from 50 countries. The focus was on socially relevant cinema to impact the youth and initiate a positive change in the world.

Stevenson is developing a live-action project these days. When asked about his interest in working India, he promptly said, “Why not! This was my second trip to India and I thoroughly enjoyed my role as a jury member at the film festival. If I got an opportunity to create a film, I would absolutely love it. Although, as of now, I don’t have any projects in India.”

Besides celebrating “Good Cinema” the fest received participation by over 20,000 children and youth across the country. The idea behind SIFFCY was to engage, entertain, educate and empower young minds through meaningful films. Talking about the vision, Jitendra Mishra, Festival Director, SIFFCY said, “SIFFCY is not just about screening international films but appreciating the efforts and the energy invested by the people involved, especially children and the youth.”

At the end of the festival, SIFFCY awarded some of the films in seven different categories. Abas Aram’s film Here My Village from Iran reigned supreme at the awards ceremony by winning in four categories that included Best Story, Best Director, Film Critics Circle of India and CIFEJ awards. On the other hand Frederike Migom’s Binti, Johan Timmers’s Fight Girl, Laura’s Inventing Tomorrow was among the most appreciated movies from the festival. 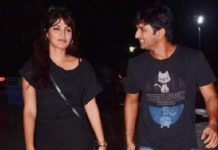