As regard incident of demolishing of a illegal residential building over government land in Ambala Cantt on Tuesday by a team of Sadar municipal committee and police which was illegally constructed by a drug smugglers having large number of cases registered against him, Vij told media persons that it is his sincere advice to all drug smugglers and suppliers either to leave this illegal business immediately or be prepared to leave Haryana state, failing which their properties too will face similar action since there is a long list of anti-social elements with police administration involved in drug smuggling and supply business invested in properties with the earnings through such illegal business, likely to face similar action and no one will be spared, Vij warned.

In reply to a question as regard former Punjab chief minister Capt Amrinder Singh joined BJP recently, Vij said that it will strengthen BJP network in Punjab. As regard Congress protest rally launched by Rahul Gandhi and holding elections for party’s national president, Vij said people now understand that Congress is under the influence of a single Gandhi family and its senior leaders are unaware of  happenings at present as well as future in the party, moreover the readers have now lost interest in news related to Congress party. Vij expressed deep concern over a recent incident in abroad in which Punjab Chief Minister Maan was forced the get down from air journey because he was under the influence of liquor and the incident has severely damaged the reputation of country.

When questioned as regard Trimul Congress leaders threatening BJP by bomb blasts, Vij said no one makes such silly statements while in the state of conscious, it seems Trimul Congress leaders are in the habit of making such comments while in the state of unconsciousness and need medical treatment. However, action will be taken against them. As regard Congress protest against rising prices in the country Vij said India is a democratic country where every political party in opposition has right to protest, whereas India has been identified economically strong country in the world. 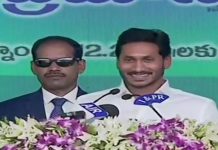