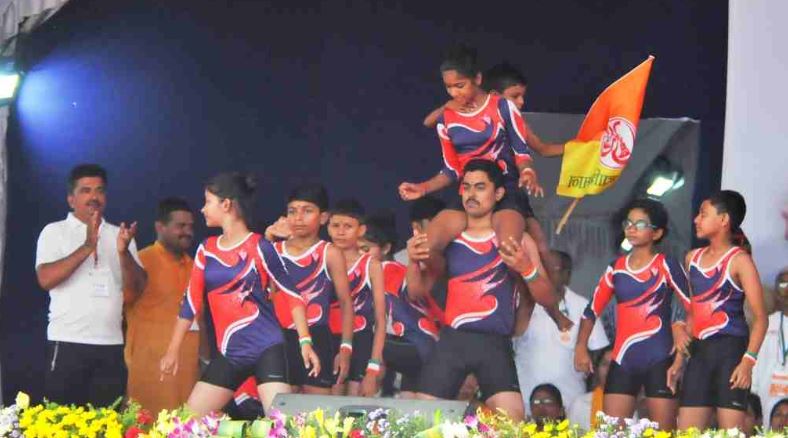 After departing from the yoga camp, Former-MLA Om Prakash Pokarna has organised a meeting of chief minister Devendra Fadnavis with some of the boys and girls.

A yoga group of boys and girls from Shreyas Martde Smruti. They have been preparing from many days for yoga demonstration. The girls including Samruddhi Kadage and Trisha Markole stopped chief minister and requested him see their demonstration. Chief Minister Fadnavis agreed to take out a time from the next important program and after listening to these girls.

The Chief Minister brought these children to the stage. His photo was taken along with them. The faces of these children were blossoming. These children have demonstrated the Yoga very well on the stage. They won the hearts of everyone who are attending the Yoga camps. Baba Ramdev has applauded Fadnavis in public.