STOCKBROKER Rajendra Shah’s office is in a dingy lane right opposite the blast site at Zaveri Bazaar. Two flights of rickety stairs threaten to fall apart any second. Outside, the noise of the workers carving design on jewellery pieces and the smell of freshly stacked samosas means this is a regular day at the jewellery hub of Mumbai. The stairs finally lead to his 6×6 room. On the wall behind his desk are pictures of Jain gods, and his father dressed like Jawaharlal Nehru. Shah, on the other hand, is dressed in faded pants and a shirt, and has a consistent smile that forces you into a Zenlike state, even though a blast occurred less than 500 metres away 48 hours ago.

Shah is 66. This is the third blast he has witnessed. In 1993, he was waiting for his son at the corner where the scooter in which the bomb exploded was parked. He moved away to get a cup of tea, and that was the father-son’s narrow escape. In 2003, Shah was sitting in his office, and this time round, he was walking to Khao Galli to have the regular evening nashta, but turned back to his office when he realised his wife had cooked for him. Five minutes later, even before he had reached his office the bombs exploded.
Shah has roamed the streets of Zaveri Bazaar ever since he was seven. He has begun to accept the ‘reality’ of bomb blasts but insists that it should not be confused with resilience. “What is resilience? I have accepted my fate. I know I have to live with these bomb blasts. Then how can I even worry now? What is, just is.”
Is he calm due to his strong belief in the supreme power of God? A strict Jain (he doesn’t even eat bread), Shah starts and ends his day by praying. But acts of terror, it would seem, are yet to shred his beliefs into pieces. He cites the example of his business card made in keeping with the Vaastu Shastra — “I made it according to what is right by the scriptures and it has brought me luck. My faith is important.” We almost choke on our chai when he says, “I want to believe!” He pauses for effect and continues, “I know this is not God’s will. In fact, he warns and prepares me. I knew that day as I counted my beads in the morning that something bad was going to happen.” Once the Fox Mulder in him takes a backseat, he turns philosophical, “The terrorists know what they are doing is wrong. Can anyone in their right mind claim this is about God? And how can it stop me from believing. If anything, my beliefs have become firmer.
After all, I have survived all three blasts.”


Shah’s father came to Mumbai in 1930 from Banaskantha district, Radhanpur, Gujarat. One wonders if surviving the blasts has given him a new perspective on life. He nods sadly, and admits it has made him a bit self-centred. “I know people rush to help when such blasts happen. But that’s human only, right? After that, or before that, nobody cares. It’s each person for himself. It’s all about being selfish. And that’s how living in Mumbai has changed me. I was an innocent babe in the woods when I first started working with my father after I failed my commerce exams. But now, that innocence has gone,” he rues. Shah then reminisces about his childhood when people trusted other people, when policemen behaved with respect towards the ordinary man, when you could scatter gold on the streets and nobody would take what rightfully belonged to you. “My home is a small one in a chawl nearby. There was a time when I had kept over 40 people there. If anybody needed me, I was there. But now, I feel maybe I should live for myself. It’s all because of globalisation,” he says.
Despite being a man of the globalisation era, he believes it has not changed him for the worst and made him greedy. His businesses have all been on a small scale, but Shah says that’s enough to keep him and his family comfortable. He started working with ball bearings with his father, and once he passed away, Shah became a stockbroker. “If I have made around Rs 1,500 in the whole day, I shut shop. Why do you need more? I go home and pray. One thing I may have to learn is that life is short, and if you are getting to live it, why waste time working or worrying too much,” he says, beaming that Zen smile again. “In fact, I feel it’s money that is the root cause of every problem.”
The smile fades and Shah begins to look concerned. “Not all Muslims are terrorists, only about 5 percent of them are. Politicians are to be blamed; security is not an issue, selective security is.” And then he pauses and regains composure. “What I mean is that these terrorists are exploited by the politicians as they don’t have money. I am 100 percent sure that politicians pay people to create panic with blasts. The rest is nonsense. This is the truth, everybody in the market knows about it. But we can’t take names, or else we will bear the brunt. Let me give you an example — I will be thoroughly checked if I brought in a few diamonds from abroad and be asked to pay duty. The terrorists get arms and ammunition in through steamers. Who checks them?”

‘My home is a small one in a chawl. Once I’d kept over 40 people there. If anybody needed me, I was there. But now I feel I should live for myself,’ says Shah

He has a point. But Shah is unshaken by his own knowledge of the facts that could turn a believer into a nonbeliever. He is adamant he will never stop voting. As an example, he talks about the time when he was part of a Footpath Parliament in this area that tried to look after people’s concerns. “We did it without bribe. It was 100 percent work. Now it’s 100 percent bribe.” He says next time he will vote against the Congress, but not because of the terror attacks. “Congress has to go because none of its decisions are right. The BJP can be the only option. But will all this stop with the BJP? No. As I said, it’s all about the money.”
SHAH SAYS what had to change inside him changed for ever with the first time he saw Mumbai under attack 18 years ago. After that, change has become something of a habit. And, though, he will now never feel like that sevenyear- old he once was, who believed in the good things of life and followed the selfless footsteps of his father, he is stubborn enough to not let terror consume the good in him. He also knows that from this day on to the end, he is the only one responsible for his safety. “I won’t change with every blast and I know the situation won’t change, because politics is just going to get dirtier. Inflation will continue and so will the terrorist attacks. I used to drink tea for 1 anna, now I have it for Rs 10. That’s the only change I can measure.”
Aastha Atray Banan is a Senior Correspondent, Mumbai with Tehelka.
aastha@tehelka.com 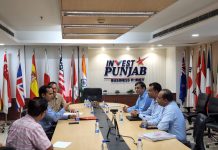