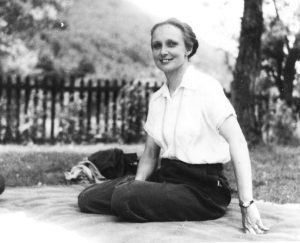 Where I am concerned the present scenario looks amply gloomy. And as I prefer not to look much ahead towards the future. so no other choice but to delve into the bygones. In fact. though the general trend is to let go of those yesteryears but the more one delves into those yesteryears and the characters they held out, there stands out an astonishing range of men and women who held sway on the country’s socio- political scene.

In fact, I’m provoked towards writing this, after attending the session on Freda Bedi at the recently concluded Khushwant Singh Literary Festival at Kings College London. It was an amazing session where the two authors, Norma Levine and Andrew Whitehead, focused on the life and times of this extraordinary English woman. Freda, who’d married an Indian Sikh, BPL Bedi, with that shifting to India, residing in the various regions of the country with her husband and children (film star Kabir Bedi is one of them) but after years of marriage she decided to be become a Buddhist nun.

The turns and twists in her life are startling; little wonder that both Norma Levine and Andrew Whitehead have written extensively on her, discussing and highlighting how from the moment she married B.P.L Bedi In Oxford in 1933 she’d begun regarding herself as Indian.

To quote from Whitehead’s recently launched book on her. The Lives of Freda-The Political, Spiritual and Personal Journeys of Freda Bedi (Speaking Tiger), “The life of Freda Bedi is a remarkable story of multiple border crossings, confounding accepted definitions of identity. Born in a middle-class home in provincial England, she became a champion of Indian nationalism, even serving time in Jail in Lahore as a satyagrahi. In Kashmir in the 1940s, while her husband. B.P.L Bedi drafted the ‘New Kashmir’ manifesto, she kept in contact with underground Left-Wing nationalists, and pined a women’s militia setup to defend Srinagar from the invading Pakistani tribesmen. In the 1950s she encountered Buddhism during a visit to Burma…”

Her journey to Burma brought along another turn in her life as she embarked on a spiritual journey. And around 1959 she persuaded Pandit Jawaharlal Nehru to give her a role to help the Tibetan refugees and with that she setup a school for the young lamas and also a nunnery… In fact, Freda is possibly the first woman ever to receive full ordination as a Tibetan Buddhist nun.

In his book, Andrew Whitehead has also brought to the fore the role played by Freda and her husband in the Kashmir region. Space constraints will not allow me to web in all those details but, perhaps, the crux holds out in the two letters of Jawaharlal Nehru to Sheikh Abdullah which, together with this brief backgrounder are tucked in this book – “Nehru also pressed Sheikh Abdullah to keep communists at a distance, with Bedi the main target of his displeasure. In May 1949, after a brief visit to Kashmir, Nehru wrote to ‘Shaikh saheb’ with a gentle warning : quite a number of our embassies here are greatly worried at, what they say, the communist infiltration into Kashmir… most of them have heard about Bedi and they enquire about him. I understand that Bedi is editing the news-paper there and is drawings substantial salary plus free car etc. I have no personal grievance against Bedi, but in view of the trouble we are having with the Communist Party In India, naturally Bedi’s name is constantly coming up before people here.”

There was another letter from Nehru to Sheikh Abdullah (it followed the first one) and is along the same pattern. To quote, “You referred to the Bedis, I rather like them and especially Freda I know Freda left the Communist Party some years ago. What she done since, I do not know. But so far as I know, Bedi has continued in the Party, and the Party, especially today, does not tolerate lukewarm people or those who do not fall in line with their present policy… I do not want you to push out the Bedis and cause immediate distress to them. But I do think that no responsible work should be given to them and they be kept completely in the background. Yesterday I saw a little book on you written by the Bedis. This kind of thing immediately makes people think that the Bedis are playing a prominent role in Kashmir and are closely associated away from Kashmir, because they felt that leftist policies would be going on more and more adamantly if I stayed on there.

There are also more than hints that the Bedi couple were trying to project Sheikh Abdullah as a national leader, through their writings. In fact, not very surprisingly the best phase of their lives in terms of social and financial well-being was the time this couple spent in the Kashmir region. This book holds out the who’s who they met and inter-acted with.

The last phase of Freda Bedi’s life is again full of offbeat decisions and the connected offshoots. Her decision to become a Buddhist nun drew reactions from even within her own immediate family. But she had continued to live and float according to destined turns… even her death could be described as different! Perhaps, we get to see all these aspects to her in a film which is said to be in the making by her son. Kabir Bedi.