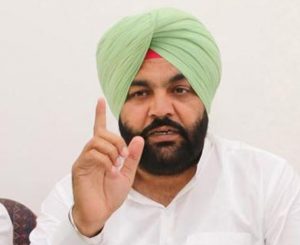 Congress Member of Parliament (MP) from Amritsar, Gurjeet Singh Aujla who donated Rs 20 lakhs to a golf club in Chandigarh from his MPLAD ( Members of Parliament Local Area Development Scheme) fund had courted controversy on Thursday.

The attack from the Akali Dal was led by the party’s president and former CM Parkash Singh Badal, who accused the Congress MP that he cannot give money for any development work outside his constituency.

To justify his action, Aujla said the Akali Dal was raising a non-issue and as an MP he was allowed to donate outside his constituency and the Deputy Commissioner has to ensure the donation was as per the provisions.

Moreover, he claimed that many Army veterans, including those who fought wars, were members of the club and the golf club offers free membership to 100 children who belong to economically weaker backgrounds.