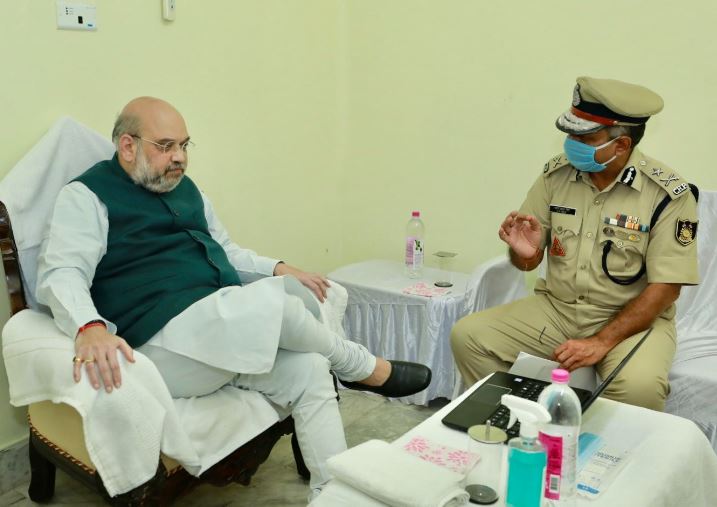 “Paid floral tributes to legendary tribal leader Bhagwan Birsa Munda ji in Bankura, West Bengal today. Birsa Munda ji’s life was dedicated towards the rights and upliftment of our tribal sisters & brothers. His courage, struggles and sacrifices continue to inspire all of us,” Shah tweeted.

While talking to the media, Shah said, “Public anger against the Mamata government can be seen all over the state. People of Bengal only have hope in PM Modi, they know that only he can bring back the prosperity & glory of Bengal.

“The relief being sent by Modi govt is not reaching the poor and marginalised in Bengal. Tribals have not received money for houses, farmers are not getting ₹6000/year and nor poor families have got Rs 5 lakh health cover. Mamata govt has not implemented 80+ schemes of Modi govt,” said Shah.

“Violence and political killings have become the hallmark of Mamata regime. The atrocities on BJP karyakartas has ensured the formation of BJP govt by two-third majority. I appeal to the people of Bengal to uproot the TMC govt and bring BJP to ensure the prosperity of the state,” Shah added.

Shah, who is on two-day tour to West Bengal reached the state on Wednesday night.