There are no straight-lines to define any diplomatic mission. That too amidst rapid political developments in the host country, Pakistan. The recent peace offensive with strategic overtones, led by a high-profile US mission under the leadership of the Secretary of State Mike Pompeo, once the chief of the intelligence agency, CIA, and the US Joint Chief of Staff Chairman, General Joseph Dunford. They visited Pakistan during the first week of September 2018, which must be understood for its long-term implications. However, its outcome appears to be uncertain, if not bleak.

The much-trumpeted Economic Advisory Council (EAC) — under Prime Minister Imran Khan, which had ushered in some optimism in the nearly financially collapsed country — is now almost dead before it could be constituted with the exit of three prominent economists, Asim Ijaz Khawaja, a Harvard professor, Dr Imran Rasul of the University College of London and Dr Atif Mian of Princeton University. Dr. MIan has been told to quit because he is an Ahmadi, a minority community among Muslims were ex-communicated by the Islamic zealots in Pakistan. It has led to the resignation of Khawaja and Rasul.

Prime Minister Imran Khan is now facing the wrath of his detractors for his poor Urdu and unprepared speech before the US delegation. For Imran, his new assignment is not a cakewalk. It will be quite a mistake, if only military implications are focused on this visit. The US delegation was keen to rescue the new government under seize of the Islamic radicals, before work on better ties within the region could be attempted among the stakeholders. It first arrived in Islamabad to have a frank discussion on the obtaining situation in the region. Later, the delegation reached New Delhi, where its strength was further augmented by the presence of the US Defense Secretary, James Mattis, for the reaffirmation of the understanding India has evolved during the past three decades.

The US decision to send its high-profile mission to Pakistan within three weeks of the assumption of office by the new Prime Minister Imran Khan signifies the importance Pakistan has in the region for the West. USA has ensured that substantive discussion must take place Khan and his lieutenants, Foreign Minister, Shah Mehmood Qureshi, and army chief, General Qamar Javed Bajwa, before new strategic initiative is cemented with India. Afghanistan, unsurprisingly, remained high on the agenda, with the USA asking Pakistan to do more.

It only reflected that in spite of US advice, Pakistan has not ended its policy of encouraging the non-state players, whether they are Talibans or other Islamic zealots trained in Pakistan. The USA is keen to persuade Pakistan to be a peace-broker between USA and Talibans in Afghanistan amidst the reports that their talks in Europe could not make any headway. However, within days of the visit of the USA delegation, Chinese foreign minister, Wang Yi, arrived in Islamabad, maybe to thwart the US initiative. The implications could be grave if Imran continues to toe the Islamic zealot’s line to severe relationship with USA to begin new innings with China.

This visit has acquired significance as it is taking place while India and USA have just cemented their naval ties in Pacific region. It is yet to be ascertained whether this visit will attempt to nullify the recently worked out Pakistan-USA understanding to reset their ties for better understanding in resolving disputes. It was also decided that the Trump administration and the new Pakistani government would try to deliver on each other’s expectations. It is real challenge for Imran to adjust his government with the changing political and strategic scenario in the region. He has blossomed as a leader under the Pakistani establishment i.e. armed forces to oust his rivals in the political arena. It goes to the credit of USA delegation that the presence of Bjawa was ensured during the talks.

Most of the Indian media continues to harp that it is being done under the new Asian policy of President Donald Trump, thus, losing its historical significance. In fact, this process had begun soon after the collapse of the USSR in 1991. The British had carved out Pakistan to serve the strategic interests of the West during the post-World War-II years, when the USSR army was the most powerful military in the world. It helped Communist revolution in China. During the seventies, USSR-Chinese friendship had diluted, but now it is resurfacing, this time being led by the immense economic power of China.

One need not be too nostalgic, but some references are necessary that India during early years of freedom was keen to retain an identity of a non-aligned nation while keeping her ties with the British Commonwealth. However, during the early fifties USA liberally funded Pakistan under the pretext of containing Communism. It forced India to be intimate with the USSR, both in the international politics as well as for its defense supplies.

India under Indira Gandhi signed Friendship and Cooperation Treaty with USSR on August 9, 1971, just a few months before the Bangladesh War. It was a security treaty, which deterred both China and USA to intervene during the conflict. The treaty was initially signed for 20 years and could be renewed for next 20 years. However, Moscow under Boris Yeltsin signed a new treaty in 1991 deleting the cooperation clause in wake of armed conflict or war. It could be attributed to the new efforts of the Russians to patch-up with West. However, it orphaned India without any support of a World Power both in the UN as well as in case of conflict.

During the tenure of Prime Minister P.V. Narsimha Rao (1991-96), a sound foundation of Indo-US relationship was quietly made quite away from the media noises. Strobe Talbott, deputy secretary of state, adequately briefed Rao before he met the then US President Bill Clinton. According to some well-known sources in the PMO, Rao postponed the Prithvi test to show India’s conciliatory gestures. However, Rao shared his apprehensions about the Chinese aggressive postures on India’s northern borders. He also told the US leadership that India is now being sandwiched between two nuclear states, China and Pakistan. Rao was advised to detonate nuclear device too to balance the nuclear deterrents in the neighborhood. Rao could not do it, which however was done during the tenure of the Prime Minister, Atal Bihari Vajpayee, on his advice and endorsed by the then Congress president Sonia Gandhi.

This is how contemporary history is made. No hype and hurrahs, just a mutuality of interests between receptive minds. The high-profile visit to Pakistan and India should be understood. Rao’s visit to the US was entirely in keeping with the subtle but significant change in Indo-US relations, which have quietly brought a sea-change in the south Asian region. Many may not like to compare it with the secret visit of President Richard Nixon in seventies, which scripted a new strategic alliance in the South-Asian region. About half-a-century has passed, when the then Henry Kissinger, National Security Adviser to Nixon, has secretly visited Beijing via Pakistan to lay the foundation of a new initiative against the then USSR. It has enabled China to assert its economic, scientific and military strength on the chess board of the 21st. century power game. The emboldened Chinese have alarmed the West, thus opening an opportunity for India to assert her legitimate position in the world scenario.

It also rejects the assertion of the pro-Chinese lobby within USA and West that Washington should cede strategic space to Beijing in South Asia. It is being pointed that the Sino-US close economic ties have already prevented the Russian Federation to reassert its super power status, but economic revival accompanied by its growing military might is causing anxiety in the West. The growing proximity of Turkey with the Russians has already disrupted the fragile power balance in the region. The reaffirmation of Sino-Russian ties may lead to the final eclipse of the West in Asia. In this power game, the USA is naturally keen that the conflict between India and Pakistan should not go beyond rhetoric. A conflict is going to hurt the strategic interests of the West led by USA. In this context, the Chinese initiative of One Belt and One Road has causes much suspicion.

India is a first non-NATO country to sign the Communications Compatibility and Security Agreement (COMCASA) which will enable India to access advanced technologies from the US and enhance India’s defense preparedness. It has further been followed by the decision of USA to rename US Pacific Command to the US Indo-Pacific Command. It may also be noted that Prime Minister Narendra Modi, kept a low-profile about these high-level talks. Mike Pompeo and James Mattis Thursday briefed Prime Minister Narendra Modi on the first 2+2 dialogue held between the two countries.”The prime minister fondly recalled his interactions with President Trump and requested the secretaries to convey his greetings to him,” a brief statement from the Prime Minister’s Office stated.

The media, both in India and Pakistan, have missed the theme of this high-level visit that before having a formal agreement with India on the new strategic relationship. While Pakistani media appears to jealous of the Indo-US ties, Indian media plays up as yet another example of USA’s growing enchantment with Pakistan. The truth, perhaps, is that the high-level US team took the Pakistani army and Imran Khan, into confidence before signing the new alignment with India. It may never be stated officially, but the reluctance of the official reaction of the Pakistani establishment on this Indo-US strategic ties, could be interpreted that how deep the assertive US message has percolated down.

It will depend upon the Pakistanis to use their Chinese proximity for peace. Meanwhile, India and USA have decided to carry out, for the first time, a tri-Services joint exercise with the United States off the eastern coast of India in 2019. Maybe, yet another attempt to further enhance their synergies in this strategic area. Indeed, it is a tight rope walk for Imran Khan, a cricket-turned politician. 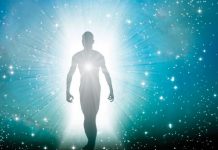 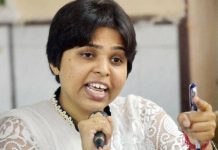 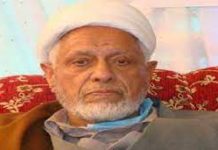