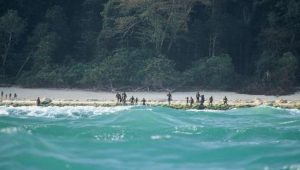 An American tourist was allegedly killed by people belonging to the protected Sentinelese Tribes in the North Sentinel Island.

The victim has been identified as 27-year-old John Allen Chau.

According to the sources, Chau had visited the Andaman and Nicobar Islands five times earlier and had a strong desire to meet Sentinelese tribes for preaching Christianity.

The North Sentinel island is home to the Sentinelese tribe, where the indigenous people live cut off completely from the outside world.

Chau had taken a boat ride with local fishermen before venturing alone in a canoe to the island.

He had hired a fishing dinghy on November 16 and left it midway and took a canoe all by himself to the island. He had made a failed attempt on November 14 as well.

Reports said, as soon as Chau set foot on the island, he found himself facing a flurry of arrows.

The body of Chau has not yet been retrieved, an official said.

Andaman and Nicobar Police has registered a case of murder and arrested seven fishermen. 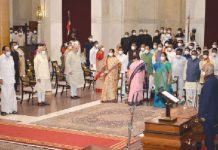