Punjab Chief Minister Captain Amarinder Singh has written to Prime Minister Narendra Modi, urging him to advise the Ministries of Home, Social Justice & Empowerment and Health & Family Welfare to address this important issue of devising national policy to check drugs abuse with a little more seriousness than it has received so far.

In his letter, the Chief Minister has sought the personal intervention of the prime minister for the formulation of a national policy on all three components. that is Enforcement, De-addiction and Prevention, of drug abuse in the country, so as to enable all States to follow similar, if not the same, approach and strategy to curb this menace, which has substantially hampered the health of the people, particularly the youth.

Captain Amarinder has expressed his state’s willingness to associate with the concerned officers of the Government of India not only to evolve the policy but also to put in place an effective mechanism for its implementation in the larger national interest.

Highlighting the fact that State of Punjab shares a 553-km border with Pakistan and has strategic significance for the safety and security of our country, Captain Amarinder Singh raised the security concerns emerging out of narco-terrorism which were rather graver in the context of Punjab.

The CM further pointed out that Substance abuse was undoubtedly a global problem entailing heavy socio-economic costs to both individuals and society. In his letter, the Chief Minister said, ‘In the last two decades, the prevalence of illicit trafficking of drugs has assumed alarming proportions in India too. The latest survey report titled “Magnitude of Substance Abuse in India” released in February 2019 by the Ministry of Social Justice & Empowerment with the collaboration of National Drug Dependence Treatment Centre, AIIMS, indicates that drug abuse in India is a significant problem and multi-pronged and coordinated policy interventions are  required to tackle it effectively.’

Sharing his government’s path-breaking initiatives of the last two years to check the drug menace and to expand its outreach at the grassroots to make the towns and villages in the state drug-free, the Chief Minister impressed upon Modi to extend liberal financial support to increase and strengthen the Outpatient Opioid Assisted Treatment (OOAT) Clinics in Punjab, currently being run on the meagre state resources.

A three-pronged EDP -Enforcement, De-addiction and Prevention; strategy has been adopted for coordinated efforts on all fronts, the Chief Minister informed the Prime Minister, adding that accordingly a “Comprehensive Action against Drug Abuse” (CADA) Plan was being implemented in the State.

Notably, the OOAT clinics have been appreciated by AIIMS, New Delhi, as a unique initiative to treat drug addicts with care and compassion. The Punjab Government has also launched two innovative programmes – Drug Abuse Prevention Officers (DAPO) and Buddy Programmes, with a view to prevent drug abuse. 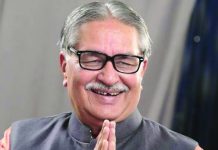