Allahabad is set to be renamed Prayagraj before the Ardh Kumbh Mela in January 2019, if there is consensus on renaming the iconic Uttar Pradesh city, state Chief Minister Yogi Adityanath has said, provoking protests from the opposition Congress.

CM Yogi Adityanath reportedly said, “There was a proposal from Akhara Parishad in the meeting of Margdarshak Mandal to rename Allahabad as Prayagraj ahead of 2019 Kumbh. The honourable governor has already given his approval and if there is a consensus, I think the name will be changed soon.”

“It will be a very good message. If everyone agrees, we should know this city as Prayagraj and it can be a good start,” CM added.

Congress leader Onkar Singh while reacting on the announcement says that the region where the Kumbh takes place is already called the “Prayag (confluence)”. If the government wanted, it could make Prayagraj a separate city without any name-change.

However the ruling BJP says the announcement reflects the wishes of crores.

Allahabad’s ancient name was Prayag but was changed in 1575 by Mughal Emperor Akbar. He named the fort and its neighbourhood Ilahabad and his grandson renamed the entire city as Allahabad. But the area near the Sangam, the site of the Kumbh Mela, continues to be called Prayag. 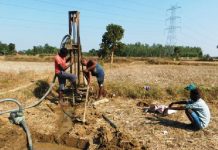