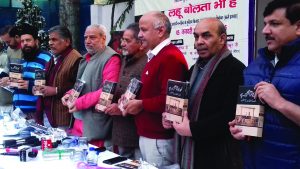 History is crucial as it offers lessons to the society, community and the country. It helps people learn from their past mistakes and act accordingly for better future. But there is no way to check honesty and objectivity in the recording process of past happenings. The reason is simple. History is written under influence of the people in power at that point of time. In one way or the other, their approval is taken before making a document public. Victors and rulers, in every age, have their own egos and agendas. They make sure that the future generations look at them with respect and pride, even at the cost of others’ image.

Those who do not find enough place in the history books or are mentioned negatively in it try to rectify or push their side of the story whenever they get chance. There is no harm in it as long as the intention is not to falsify historical evidence to discredit political rivals, which has more or less become a universal feature of the struggle for power. A new trend, which is dangerously gaining pace, is that forums, publications and social media are being used to erase the past contribution of particular communities or organisations in the making of a country and demonising them whenever and wherever is possible.

In India’s perspective, the mention of minority communities in progress and development of the country before and after its Independence has systematically been erased by different governments at different point of times for different reasons. History books, for example, hardly mention the contribution of Sikhs, who were last to lay arms and among foremost to raise them against the Britishers, in the freedom struggle. For example, how many of us know that out of the 1,300 martyred in Jallianwala Bagh 799 were Guru Nanak’s followers. The public, in general, knows only about Shaheed Bhagat Singh and a few others.

Similarly, hundreds of thousands of Muslim men and women fought against the colonisers and sacrificed their lives for India’s freedom since the very beginning. The community started opposing them almost a century before the First War of Independence. The 1857 uprising against British East India Company alone witnessed execution of about 225 Muslim women. The number of Muslim men who sacrificed their lives in Delhi alone during 1857-58 was in tens of thousands. More or less, same is the case with other marginalised communities. Their contribution was either totally neglected or got mention in a passing reference.

The need of the hour is that the communities that were neglected or their contributions were wrongly recorded come forward to put things in the right perspective. This requires that more learned people dig deeper into the history and spread the word through various platforms. That way, the recently launched book Lahu Bolta Bhi Hai: Jange-Azadi-e-Hind Ke Muslim Kirdaar by Shahnawaz Qadri is a step in the right direction. It profiles more than 1,750 Muslim personalities and their contributions in the country’s freedom struggle. It involved a lot of foot work as most of the characters of the book were never listed. Others should also step in as holes in the history books need to be plugged at the earliest. 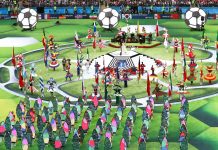