In the run-up to the general election last year, there was a refrain that one heard from several quarters — politicians, businessmen, economists and the BJP’s supporters. If Narendra Modi was elected as the prime minister, they said in unison, he would hit the ground running. He had got together a team of thinkers, economists and policy drafters, who had prepared an economic blueprint. Within a few months, the business community would witness a sea change that was beyond their imagination.
“I was sure that Modi would make it easier to do business within a few months, if not weeks. I knew what he did in Gujarat; I was convinced he would do it faster as the prime minister. But this hasn’t happened,” says an industrialist with business interests in several states such as Maharashtra, Gujarat and Madhya Pradesh. Even a die-hard fan of Modi, Deepak Parekh, who is considered a doyen in India’s financial sector, recently said that there was no real change in the ease of doing business.
NDA-2 has spluttered, sprinted, stuttered and shouted during the first 12 months. It pushed through crucial reforms, such as the auction of natural resources, but got stuck on land acquisition, and goods and services tax. It announced critical rules that aimed to make life faster and simpler for the business community. It failed to implement them consistently across states. Modi talked his way through the US, Europe, China and Australia. He hasn’t walked the talk, at least until now.
Perception problems
The prime minister has done his best to dispel the growing perception that he is pro-big business. Before his electoral victory, and even after it, he regularly referred to his mantra of ‘development for all’. However, his critics managed to convince the masses that his policies helped the industry. His was an (Gautam) Adani-(Mukesh) Ambani regime, although the latter, who is the promoter of Reliance Industries, was hit by several measures that the NDA-2 took in the recent past.
As Modi jetted across continents and brazenly wooed foreign investors, the perception that his priority was to wow the latter gained currency. This was despite schemes such as Swachh Bharat, building of toilets and cheap housing. The urge to accelerate foreign inflows created a wedge between the regime and domestic business houses; the latter felt that Modi hadn’t done enough for them. In addition, large sections of the Sangh Parivar were angered by Modi’s fascination for the dollars and deutschemarks.
Even the successful policies, such as the auctions of coal blocks and spectrum that generated a total of Rs 5,00,000 crore for the exchequer in a largely transparent fashion, made the local entrepreneurs uneasy. In the case of coal, blocks were reserved for select bidders, who were actual users. Thus, the ambitious investors, who were hungry to expand, found themselves left out. Since the floor price for spectrum was considered too high, many businessmen couldn’t take part in the auction.
More important, many foreign investors are unhappy with the Modi regime. Those who invest in India equities have been paralysed by the ‘tax terror’ or slew of income tax notices issued to them. They promptly withdrew money from India, forcing Finance Minister Arun Jaitley to publicly assuage them and form a committee to look into the matter. Others still prefer to continue with their wait-andwatch attitude.
Investment riddle
To be fair to Modi and his policies, his foreign investment report card is excellent. According to the economic outlook (May 2015) by cmie, a think tank, “India witnessed net inflows of portfolio investments amounting to US$ 40.84 billion during 2014-15 vis-à-vis US$ 4.82 billion in the same period a year ago. Net FDI (foreign direct investment) inflows to India rose by 61.7 per cent to US$ 34.87 billion. This was the highest level of FDI and FII (foreign institutional investment) inflows in any year.”
On the flip side, domestic investors are still cagey. A CRISIL report (February 2014) said: “CRISIL’s detailed survey of 192 companies, which comprise about 45 percent of the capex (capital expenditure) undertaken by all National Stock Exchange-listed companies… in 2013-14, showed 90 percent expect a pick-up in overall capital investments by next fiscal, but their own capital investment plans actually indicate a 4 per cent decline (italics theirs)!” CRISIL dubbed it the “pehle aap” (you first) syndrome with each private investor waiting for the other to invest first.
Another indication that the domestic private investors are unsure is the money raised by them from the market, either as equity or debt. In 2014-15, the total funds mobilised from the public markets was an impressive over Rs 68,000 crore. However, this was lower than the nearly Rs 72,000 crore mopped up in the previous year, which was possibly the worst year in terms of investment sentiments. Moreover, the equity-debt figure for 2014-15 was lower than the money raised in 2007-08, 2009-10 and 2010-11.
Modi loyalists contend that this was a wrong way to analyse the available data. They point that private investors raised almost Rs 59,000 crore as equity from the Indian stock markets in 2014-15, and the figure was the highest since 2010-11. It proved that there was investment paralysis during the last few years of UPA-2, which has obviously revived during the first 10 months of NDA-2.
But nearly 48 percent of the equity funds came through the QIP (qualified institutional placement) route. Under it, the private companies can allot financial instruments of various hues on a ‘preferential’ basis to large domestic institutions. These can easily be seen as cases of crony capitalism, or preferential treatment to select Indian businessmen, since the ‘qualified institutions’ who participate in QIPs are State-owned financial entities such as the Life Insurance Corporation, which enjoy little autonomy. 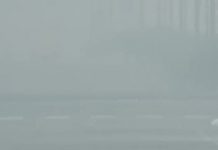