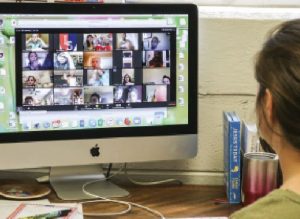 Many teachers had horrific experiences of holding their classes through online live streaming of lessons. Some of the lady teachers faced embarrassment when their lectures were interrupted by a section of unruly frustrated students who hurled sexually implicit indecent comments, filthy abuses and hooting. Such incidents posed a big challenge to online classes held by city schools to make up for the loss of academic sessions due to the lockdown during coronavirus pandemic.

The complaints of online stalking and harassment by some of the parents disturbed the academic atmosphere as teachers raised security concerns. Disciplinary issues cropped up during live streaming compelled many teachers to abruptly black out screens and seek remedial measures from their respective managements. In another incident, a senior student shared a blue film video during online lecture causing irreparable damage to reputation of the school.

The pre-eminent schools in plush Hazratganj and Gomti Nagar localities suspended such online live classes for a day to track down and block such unruly students before resuming lectures. Six other schools on Sitapur Road, LDA Colony, Kanpur Road, Munshipulia, Indira Nagar and Aliganj too blocked rowdy elements before switching over to new video conferencing tools with multiple screens and tracking features to monitor students.

A few days ago, a teacher of a premier school in Gomti Nagar had to quit midway when a class 11 male student asked her to halt the online lecture as he wanted to go to the loo. When she asked the student to identify himself, he passed lecherous remarks and aggressively abused her with filthy comments causing her deep trauma and sexual harassment.

This disgraceful incident widely circulated and shared on a various common WhatsApp groups among the teaching fraternity wherein many teachers recorded their similar experiences. An English teacher shared the audio of a class 5 student hurling expletives when asked to write an essay. Class 9 students of another prominent school in LDA Colony were heard commenting on casual wear of girls during streaming of a Hindi lesson.

Condemning these incidents, Principal of Hoerner College, Mala Mehra said, “Such outrageous acts of indecency violate teachers’ sensibilities and hurt them to the core of their heart.” Principal of St Teresa College Geetika Kapoor said, “While teachers are whole heartedly determined to meet academic targets, parents should keep strict vigil on their children’s behaviour.”

Another teacher, who wish to be anonymous, shared screenshots of how a student’s father texted her and made video calls at odd hours.

President of Private Teachers Association Anil Agarwal said, “Teachers are traumatized and it’s shocking that parents are unaware of what their children are doing at home.” He advised that parents must be present around their wards when virtual classes are held and ensure they wear school uniform.

Clinical psychologist Dr Rajesh Pandey acknowledged that there is lack of discipline behind such unruly behaviour of a child who often feel lonely and indulge in such acts just to draw attention of others.

The founder of G.D. Goenka Public School, Sarvesh Goel, admitted that there were teething problems in the beginning of online classes but now it has been settled down after we adopted strictness. Parents must also teach their children to be humble, respectful and obedient.

The Schools in Lucknow have decided to take immediate steps to tight discipline for online teaching. All the students must wear proper dress of the school. The Principals of the schools will monitor the WhatsApp group as its administrator. They will switch to google classroom app from Zoom due to security concerns. The parents have been directed to keep a vigil on their children during two-three hours long classes to ensure active presence.

The practical difficulties erupted in introducing online live streaming of the classes highlighted the need of a uniform structural setup equipped with safe software enabling interactive way of learning.

Nort-East Delhi riots: Delhi Police goes round and round 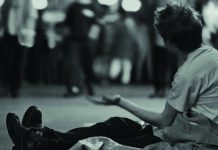