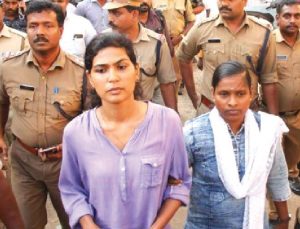 In a write-up titled “Natkiya vyaktitva vikaar ya sakriytavaad” published in Tehelka Hindi Magazine on June 5, 2020, a peculiar case of one junior level dismissed delinquent employee of BSNL was highlighted. Rehana Fathima, a left wing activist who shot to ‘fame’ in October 2018 when she was forced to abandon her plan to pray at the Sabarimala temple, found lot of space in a particular segment of print and electronic media. The echo system sponsored by media with particular ideological stance, was going whole hog after her dismissal order, calling it a plain vendetta.

The previous write up raised pertinent issues of a typical case of an individual with a well-known histrionic personality disorder masquerading as an activist. It was pleaded that it’s high time to nip in the bud the growing menace of an invisible pathogen called activism, which seems to have stretched the provisions of Article 19 of the Constitution to a ludicrous extent, thus seriously jeopardizing the traditional family structure. The moot point which needs serious introspection is, as to who is an activist and what is the activism all about.

Factually, an activist is assumed to be proponent of a cause, whether it be political or social or of any public cause. In India, lately a tribe of peculiar kind of activists has mushroomed, who need an instant recognition by activating activisim. Rehana Fathima is no exception. She has struck the headlines again by being on the wrong side of law. Few days back a criminal case under Sections 13, 14, and 15 of the Posco Act, Section 67B (d) of the Information Technology Act, and Section 75 of the Juvenile Justice (Care and Protection of Children) Act, 2015, was registered by the Thiruvalla Police Station in Kerala.

As per the Kerala Police this “Activist”, a mother of two children asked her two minor children, aged 14 (boy) and 8 (girl) to paint on her naked body above the navel. The children painted on her naked body. She recorded it as a video and uploaded the same on social media with the heading “Body Art and Politics.” Cyber Crime Cell of Kochi Police considered it as a child pornography related crime in social media and registered two cases and arrested her. 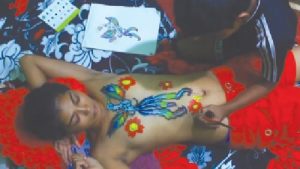 She applied for bail before the Hon’ble High Court of Kerala, where the entire matter was looked into critically from all angles and finally the High Court on July 24, 2020, rejected all her submissions of activism and denied her bail. Rehana, inter alia, pleaded that that she is an Activist and has been fighting her battle against body discrimination and that it is her firm belief that, there needs to be openness so far as the discussion on body and body parts is concerned, and there is nothing to be hidden within and outside the family about the same.

According to her the children should be given sex education, and they also need to be made aware of the body and body parts as well. In which event, they would mature themselves to view the body and body parts as a different medium altogether rather than seen it as a sexual tool alone. According to her, she uploaded the above video with such an intention. She believes that morality of the society and public outcry cannot be a reason and logic for instituting a crime and prosecuting a person.

While referring to the United Nations Convention on the Right of Children, Article 39 of the Constitution, inter alia, provides that, the State shall, in particular, direct its policy towards securing that, the tender age of children are not abused and their childhood and youth are protected against exploitation and they are given facilities to develop in a healthy manner and in conditions of freedom and dignity and other relevant provisions of law referred above, the Hon’ble Kerala High Court repelled all her contentions vehemently.

Through this write up it is reiterated that such “activists” completely fit into the pattern of a histrionic personality disorder, or commonly known as a dramatic personality disorder. People suffering from such disorders exhibit typical manipulative and impulsive propensities, which manifest in their psyche and which they claim as their self touted trait of Activism. Such people, in whichever walk of life they may exist, the undercurrent of their feeling that they are under-appreciated or disregarded or they are not the centre of attention, pushes them to adopt such bizarre tactics to be “the life of the party” and have a “larger than life” presence. Hence, their penchant for such dramatic acts to seek attention.

The moot point, however, still remains to be seen as to which extent such people with their individual histrionic personality disorders, keep on acting as “Activists” and draw media attention to their ludicrous shenanigans.