All four men accused in the rape and murder of the 26-year-old veterinarian in Telangana last week were killed in an encounter with police in the early hours of Friday, the police said.

According to the sources, the accused were taken to the crime scene for recreation of the incident at around 3 am. However, all four men allegedly tried to escape following which police opened fire.

The four accused were shot dead by police on NH-44 near Hyderabad — the same highway where the charred body of woman was found.

The men were taken to a hospital. But they succumbed to injuries.

All four were arrested for allegedly raping and killing the woman by smothering her and later burning her body.

Protests were held and at various places in Telangana against the incident with the public demanding death penalty for the accused.

The 26-year-old veterinarian went missing last week after she left from her workplace and was headed home.

The victim was assaulted by the four men. They strangled her and then set her body on fire, police said. 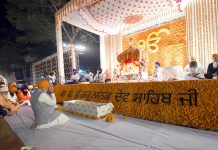