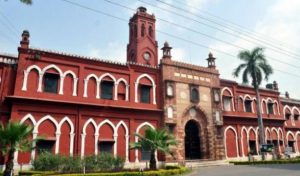 Aligarh Muslim University (AMU) on Tuesday revoked the suspension of the two Kashmiri students, charged with sedition along with another student. All The three students were earlier booked for allegedly raising “anti-India” slogans and trying to hold ‘namaz-e-janaza’ (prayer meeting) for Hizbul Mujahideen militant Manan Bashir Wani, who was killed in an encounter with security forces in Jammu and Kashmir’s Handwara district.

Aligarh Muslim University PRO Omar Peerzada said, “A three-member committee which was constituted to look into the matter, concluded that the ‘suspension will be harsh for their act and conduct’. Based on the evidence found by the committee it was decided that the suspension order be revoked.”

Kashmiri students studying at the Aligarh Muslim University (AMU) on Monday had organized a protest march on the campus and threatened to leave for their homes on October 17, if the sedition charges on their three peers were not dropped.

The students held protest march from the Sir Syed Gate to the office of Vice Chancellor Prof. Tariq Mansoor.

Sajjad Rathar, former vice-president AMU students union, in a letter to AMU vice-chancellor had said, that if this vilification does not stop, more than 1,200 Kashmiri students will leave for their homes in the Kashmir Valley on October 17 as a last option.

The letter was handed over to AMU Proctor Mohsin Khan in presence of Kashmiri students. 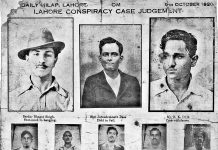